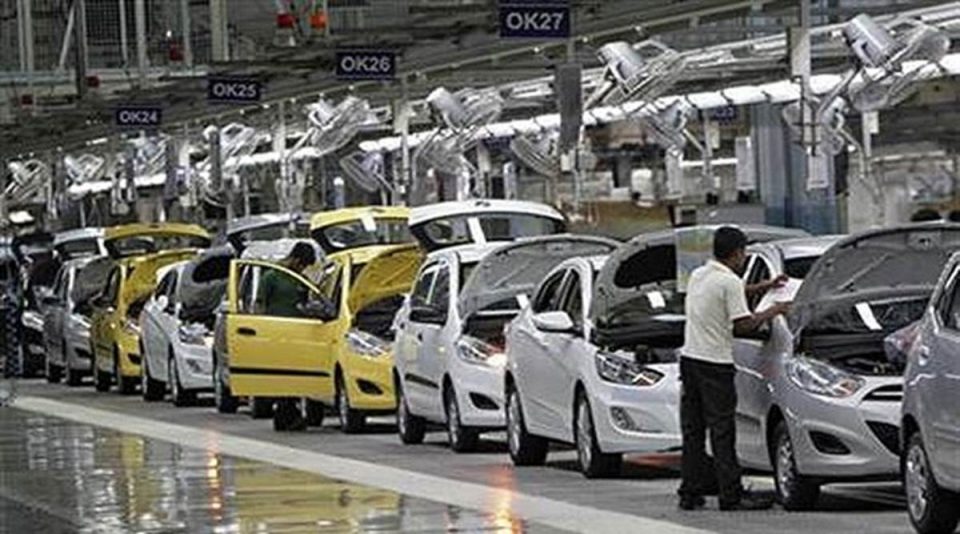 New Delhi: Automobile dealerships are cautiously optimistic, expecting flat or moderate growth in the festive season after suffering twin blows of demand slowdown due to macroeconomic challenges and the impact of the coronavirus pandemic, according to ratings agency ICRA. Across India, the automobile dealerships continue to face tough times. They are among the worst impacted segments within the entire automotive value chain, ICRA said in a statement.

After witnessing a sharp 75-90 per cent decline during Q1 FY2021 across the automotive sub-segments, wholesale dispatches are on a recovery trend with certain segments like two-wheelers (2W) and passenger vehicles (PV) registering year-on-year growth in the wholesale volume during September 2020, it added.

Citing a survey done by the ratings agency across PV, 2W and the CV (commercial vehicles) segments with presence in rural, semi-urban and the metro areas, ICRA Vice President & Co-Head Ashish Modani said, “Overall, the response indicates that sentiments remain cautiously optimistic with most dealerships expecting flattish to moderate growth rend in the upcoming festive season.”

Most players (58 per cent) are expecting a flattish (±5% Y-o-Y) performance during this period and none of the participants projected over 10 per cent growth during the season, he added.

“Amongst all dealerships, the CV dealers continue to witness pressure whereas there is a certain level of optimism amongst the PV dealers,” Modani said.

ICRA said as per its survey, nearly 53 per cent participants highlighted that conversion has improved, as only serious buyers are stepping out during the COVID-19 period.

“However, financing continues to remain a concern for the industry, as lenders are becoming increasingly stringent while sanctioning which will be a drag on the overall volume growth,” it added.

Regarding automobile retail demand, ICRA said the same has come under pressure over the last several quarters due to the confluence of multiple factors like liquidity crunch and tighter financing environment, and the overall slowdown in economic activity, which negatively impacted consumer sentiments.

“”Moreover, vehicle prices and cost of ownership also increased in the recent period due to regulatory changes (safety, emission, insurance) and fuel prices. Real income growth has been modest in the recent period, which directly impacts large discretionary purchases like cars, real-estate amongst others,” it said.

ICRA’s survey also highlights that industry participants are not expecting any significant recovery in retail demand in the upcoming festive season.

Almost 74 per cent believed that wholesale funding (inventory funding) from banks/NBFCs has tightened whereas 58 per cent of the participants have witnessed an increase in the turnaround time for retail funding, ICRA said.

“Moreover, 26 per cent felt that the rejection rate had increased for retail financing, which is a concern area. Further, almost 63 per cent of the participants have highlighted that the OEMs have not provided any material financial support and gross margin has largely remained at a similar level,” the ratings agency added.

It further said auto dealerships are witnessing increased inventory levels. This trend is reflected from much higher wholesale dispatches than retail volume.

The survey highlighted an increase in inventory levels with 47 per cent of the dealerships having four to seven weeks of inventory level compared to three to four weeks of normal inventory, indicating inventory stocking ahead of the festive season, ICRA said.

dapoxetine and blood pressure medications September 16, 2021 at 9:46 AM

I’m impressed, I must say. Seldom do I encounter a blog that’s equally educative
and engaging, and without a doubt, you have hit the nail on the head.

The problem is an issue that too few folks are speaking intelligently about.

I’m very happy I found this in my search for something
concerning this. http://herreramedical.org/dapoxetine

Howdy are using WordPress for your blog
platform? I’m new to the blog world but I’m trying to get started and set up
my own. Do you need any coding knowledge to make your own blog?
Any help would be really appreciated! http://antiibioticsland.com/Cipro.htm

Hello there, I do believe your web site might be having internet browser compatibility problems.
Whenever I take a look at your site in Safari, it looks fine however, when opening in I.E., it’s
got some overlapping issues. I just wanted to give you a quick heads up!
Besides that, fantastic blog! http://ciaalis2u.com/

When someone writes an article he/she maintains the image of a user
in his/her mind that how a user can understand it.
Thus that’s why this post is amazing. Thanks! http://harmonyhomesltd.com/Ivermectinum-overdose.html

Hurrah! Finally I got a website from where I can in fact get valuable information regarding my study and knowledge. http://herreramedical.org/prednisone

I read this paragraph completely regarding the resemblance of newest and preceding technologies, it’s remarkable
article. http://harmonyhomesltd.com/Ivermectinum-precautions.html

It’s actually very complicated in this busy life to listen news on Television,
so I just use internet for that reason, and take the latest news. http://antiibioticsland.com/Zithromax.htm

Hey there! This post couldn’t be written any better!
Reading this post reminds me of my good old room
mate! He always kept talking about this. I will forward this article to
him. Fairly certain he will have a good read. Many thanks
for sharing! http://herreramedical.org/viagra

how much does cialis cost at walmart