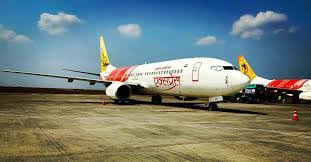 In major news, Air India Express has started taking bookings for Singapore, Kuala Lumpur, and Bahrain. It has to be noted that these flights are in addition to the flights that have been already announced by Air India. Also, now travellers can book their air tickets via the official website of the national carrier, call centre, and office. Tickets can also be purchased from travel agents from now on.

Before this, India’s national carrier had announced a few additional flights to Singapore under the Vande Bharat Mission; later, international flights to and from the country were suspended till September 30 by the Directorate General of Civil Aviation (DGCA) under Unlock 4.

The DGCA in a statement said, “The competent authority has further extended the suspension on the scheduled international commercial passenger services to/from India up to 2359 hours IST of 30th September. However, this restriction shall not apply to international all-cargo operations and flights specifically approved by DGCA.”

As per the new announcement, the government will continue operating flights under established travel bubbles with the UK, the US, the Maldives, Japan, UAE, Qatar, Bahrain, Afghanistan, Germany, France, Iraq, Canada, and Nigeria. Very soon, India will announce more bi-lateral air bubbles.

Recently, the government signed a ‘transport bubble’ agreement with Kuwait to uplift stranded passengers both to/from India. More such arrangements are likely to be launched for the ease of passengers from different countries in the world.

Hey just wanted to give you a quick heads up. The text in your post seem to be running off the screen in Chrome. I’m not sure if this is a format issue or something to do with internet browser compatibility but I figured I’d post to let you know. The design and style look great though! Hope you get the issue fixed soon. Kudos

Thanks for all your efforts that you have put in this. very interesting info .