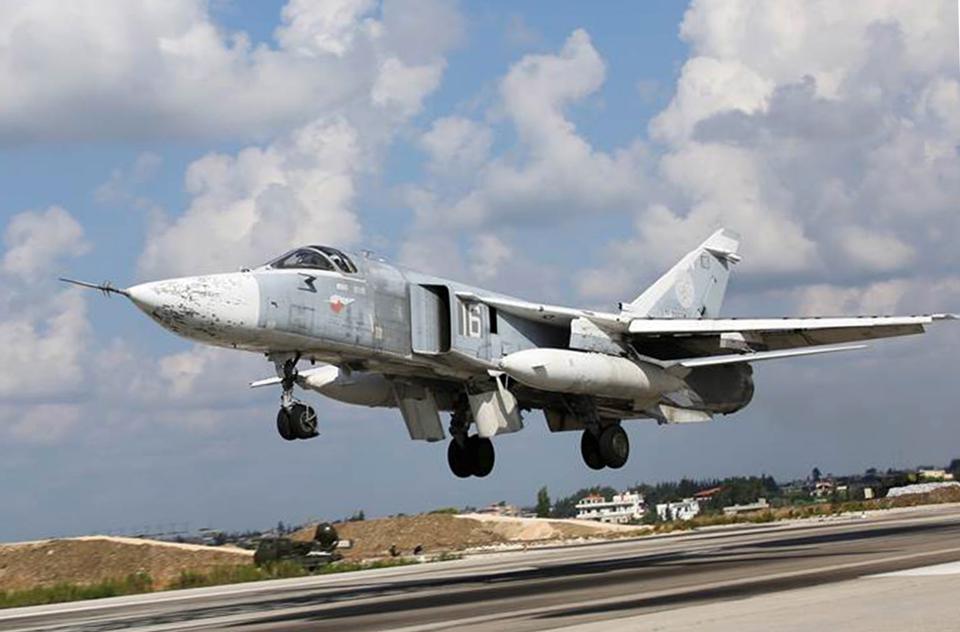 Armenia says one of its fighter jets was shot down by a Turkish jet in a major escalation of the conflict over the disputed Nagorno-Karabakh region.
The Armenian foreign ministry said the pilot of the Soviet-made SU-25 died after being hit by the Turkish F-16 in Armenian air space.
Turkey, which is backing Azerbaijan in the conflict, has denied the claim.
Nearly 100 people, including civilians, have died in three days of fighting over the disputed mountainous region.
The enclave is internationally recognised as part of Azerbaijan, but has been run by ethnic Armenians since a 1988-94 war between the two former Soviet republics.
Azerbaijan has repeatedly stated that its air force does not have F-16 fighter jets. However, Turkey does.
The fighting that started three days ago now appears to be spilling out of Nagorno-Karabakh, with Armenia and Azerbaijan trading accusations of direct fire into their territories.
They also blame each other for starting the conflict.
While Turkey openly backs Azerbaijan, Russia – which has a military base in Armenia but is also friendly with Azerbaijan – has called for an immediate ceasefire.

What’s happened to the jet?

Armenian Defence Ministry spokeswoman Shushan Stepanyan said the Armenian SU-25 was shot down on Tuesday morning and the pilot “died heroically”.
In a Facebook post, she said the Turkish F-16 was 60km (37 miles) deep into Armenian air space.
Turkey immediately denied the claim as “absolutely untrue”.
“Armenia should withdraw from the territories under its occupation instead of resorting to cheap propaganda tricks,” Turkish President Recep Tayyip Erdogan’s aide Fahrettin Altun said.
No material evidence about the jet has yet been released. Azerbaijan has called for Armenia to provide it.
previous post

It was very different, After Trump and Biden’s ‘hot mess. New Zealand held its own election debate