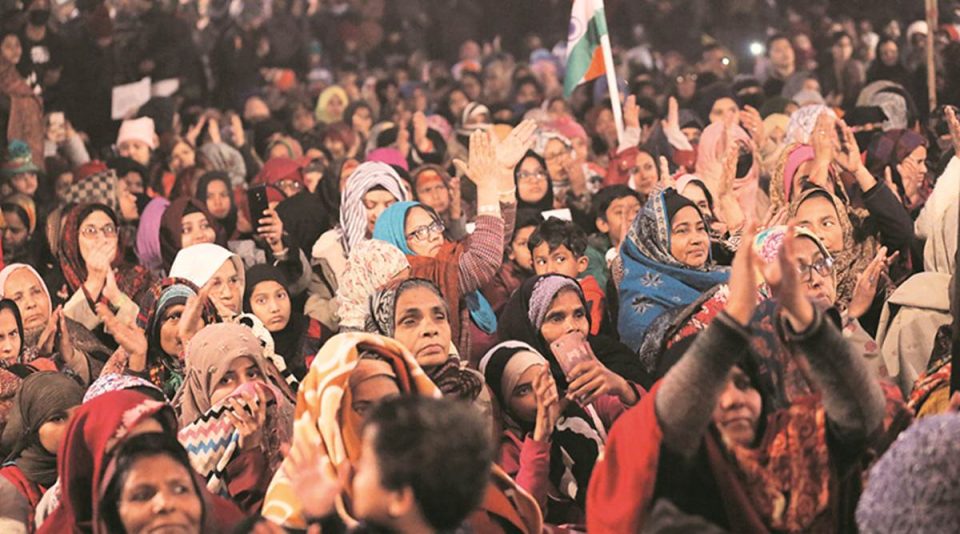 New Delhi | Abhinav Gupta: Curtains will be drawn to the high-octane triangular battle between the Aam Aadmi Party, the BJP and the Congress on February 11 as votes get counted to decide who will rule the national capital for the next five years. While Team Kejriwal seeks to retain power in Delhi, the BJP and Congress are hoping to turn the tide against a buoyant AAP.

The exit polls have already predicted a thumping victory for Arvind Kejriwal’s party, along with a considerable jump in BJP’s seat share as compared to the 2015 polls.

According to the poll of exit polls done by Jagran English, the AAP is predicted to win around 58 of the 70 seats while the BJP’s seat share is likely to touch 11 against its previous count of three. The Congress, on the other hand, may continue to struggle to open its account.

These poll predictions based on exit polls have gained much traction in the past decade, along with the media – both television and digital – deepening their reach into both urban and rural areas. While most of the times these predictions have gone right, several occasions have seen them go for a toss.

Before we move forward with the 2019 Delhi polls, let’s take a look at when exit polls failed to understand the Indian voter:

Held nearly a year after the BJP stormed to power at the Centre, the 2015 assembly polls were a test of ‘Modi wave’ (which was quite evident in several states across the country), AAP’s popularity in the national capital and a measure of how Congess had weakened after ruling Delhi for a stretch of 15 years.

Most of the exit polls had predicted that the AAP will win the elections and just cross the half-way mark in the assembly. When the results were announced, AAP did win but the exit polls went all wrong. Against a prediction averaging around 40-45 seats, the Kejrilwal-led party bagged 67 of the 70 seats.

The contest here was BJP versus a ‘grand alliance’ (mahagathbandhan) formed by arch-rivals Nitish Kumar’s Janata Dal (United) and Lalu Prasad’s Rashtriya Janata Dal. The Congress was third pillar of this grand alliance.

On one hand, the grand alliance had projected Nitish Kumar as the CM candidate, who was not sharing the warmest of relations with Prime Minister Narendra Modi and was, by many, seen as a potential challenger to the latter.

The BJP, on the other hand, had not named its chief ministerial face and was banking on the dominant ‘Modi wave’ in the country.

Most of the exit polls had predicted a three-digit tally for the BJP in the 243-seat state assembly. But the results showed an altogether different picture with the NDA being restricted to just 58 seats and the mahagathbandhan winning a comfortable majority with 178 seats.

For the ruling BJP, the India was ‘shining’ and the party based its campign around this punch-line. The exit polls too predicted that the punch-line worked for the saffron party and predicted a second term for Atal Bihari Vajpayee, with the NDA winning anything between 230 and 275 of the 543 seats.

However, the poll results were far from the exit poll predictions with the NDA winning just 185 seats and the Congress-led UPA bagging 218 seats. It later formed the government with the outside support of parties like the Bahujan Samaj Party, Samajwadi Party, Left parties, among others.

Exit polls have a mixed track record as their predictions have gone off the mark at times. Barring a few elections, exit polls have rarely got the trends right. So it will be interesting to see if the poll results too choose AAP to retain power in the national capital or the BJP makes an unprecedented comeback after 21 years.

How poll plank in Delhi took a turbulent twist

The election campaigning, which started off on development and people-friendly policies as the major poll plank for all three parties, turned aggressive and communally-charged in wake of the controversial Citizenship Act, the proposed pan-India NRC which was later downplayed by the BJP top brass at the Centre and the violence that took place inside the JNU campus.

The 55-day-long sit-in by protesters in Shaheen Bagh, which has gained support from across the country, led to blockade of the Kalindi Kunj-Shaheen Bagh stretch, leading to massive traffic jams and inconvenience to people, particularly those residing in Noida and Faridabad.

The BJP and the ruling AAP indulged in an aggressive blame game over the issue, holding each other responsible for gaining political mileage from it. The campaigning witnessed some communally charged statements from BJP leaders Anurag Thakur and Parvesh Verma which later came under the scanner of the Election Commission and led to subsequent ban on the leaders for their remarks.

Meanwhile, the protests at Shaheen Bagh and Jamia University witnessed three shooting incidents. In two of the cases — one where a minor opened fire at protesters out Jamia University and the other where a man fired in the air at the site of protest in Shaheen Bagh — the accused shouted out communally charged remarks.

In a blow to the AAP, the Delhi Police revealed that the Shaheen Bagh shooter was a member of the ruling party and also revealed pictures of him joining the party in presence of AAP MP Sanjay Singh last year. With the BJP getting enough ammo to attack Kejriwal’s party, the latter accused the BJP of conspiring against it.

The recent protests and demonstrations that have created a state of unrest in some areas of the national capital, have certainly emerged, in fact dominated, the issues based on which people have voted.

While there is anger against the BJP and the Centre among the people in and around Shaheen Bagh, the 55-day-long sit-in has also created a “negative perception” in other areas, which experts believe may go in saffron party’s favour.