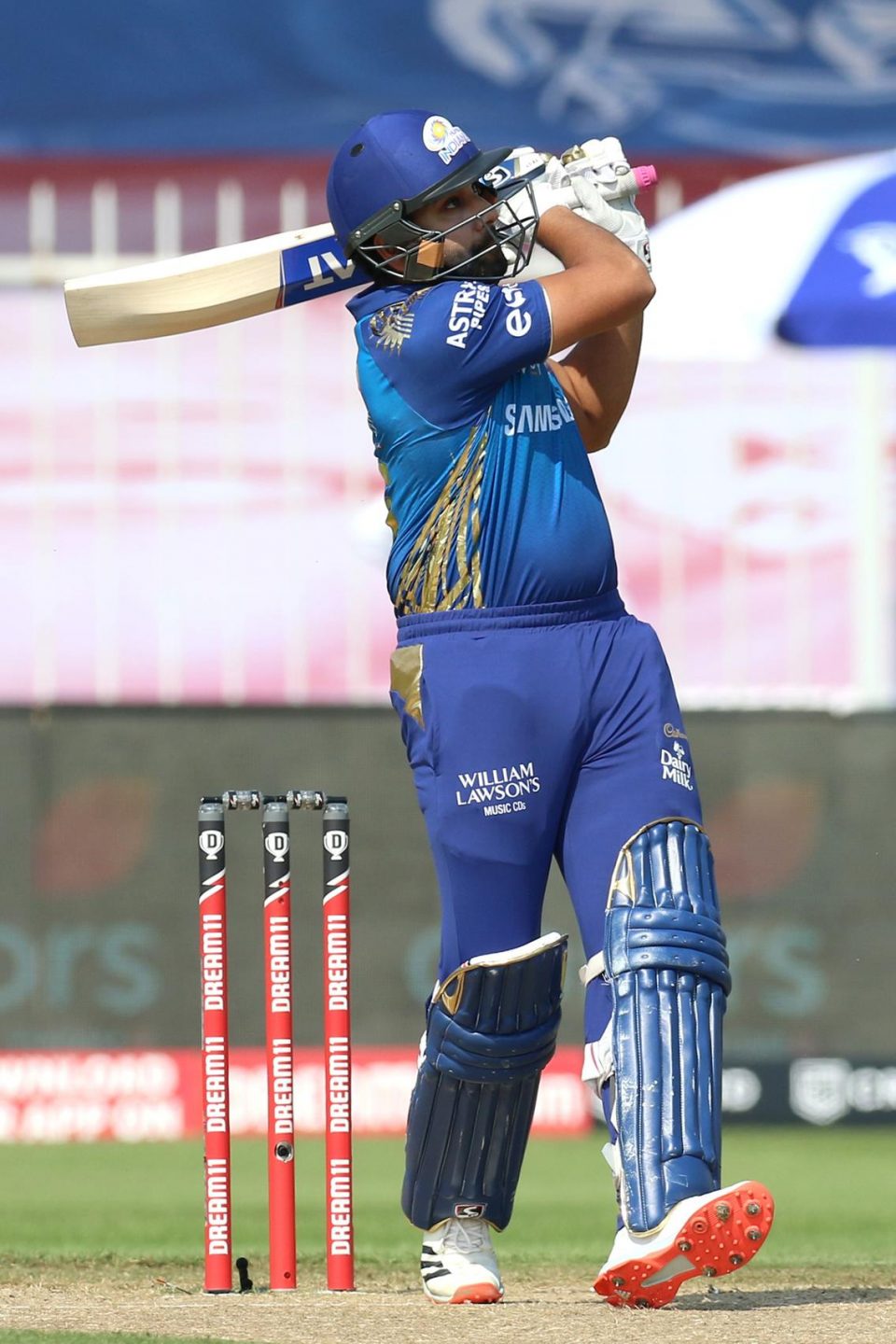 When the stars align, Mumbai Indians become an indestructible force as they were when they thrashed Sunrisers Hyderabad by 34 runs. For the third time in five matches, they posted more than 200 runs, and unlike against Royal Challengers Bangalore, their bowlers put on a tidy show to defend the score.

Left-handers have off-side divinity thrust upon them, but some like Quinton de Kock are leg-side bullies. As with several of his knocks, the 67 off 39 deliveries that rocket-fuelled Mumbai Indians to the imposing total of 208 for 5, was all about his leg-side mastery. Just six of de Kock’s 67 runs came through the off-side: all of them singles, mostly a tap or a nudge.

When the line is outside the off-stump or thereabouts and the length short of short of length, he targets the arc between long-on and mid-wicket. When the bowler wavers to the leg-side, he moves across and clips or glides the ball behind the fine-leg. To the spinners, he sinks on his knees and sledge-hammers it over their heads.

There is a disdainful grace and a laughable lightness about de Kock’s stroke-making, traits that have inspired comparisons with Aussie great Adam Gilchrist. Not just in their smouldering brilliance, but the devil-may-care attitude and the lightness they carry in shouldering the double burden of opening the innings and keeping the stumps, even in the exhaustive heat of the Emirates. And of course, their leg-side mastery.

His first half-century of the season’s IPL set the stage for Pandya brothers and Kieron Pollard, who plundered 59 runs in the last four overs. With their bowling ammo, the target seemed aways defendable, despite a spirited half-century by David Warner.

Midway through their chase, Sunrisers were in with a sniff, more so with Warner scratching his way back into form. After 12 overs, they were 115/2, requiring another 94 runs from 48 balls. Jasprit Bumrah had finished a second over that conceded just six. Holding his spearhead back for the death overs, Rohit Sharma rang in Trent Boult.

With his second delivery, Boult nailed compatriot Kane Williamson with an inch-perfect slower-ball bouncer angled across him that he couldn’t but nick back to the ‘keeper. That was the Kiwi pacer’s second vital strike of the day; the first was when he deceived the rampaging Jonny Bairstow with a wide slower delivery that he dragged to Hardik in the deep.

I love your blog.. very nice colors & theme. Did you create this website yourself? Plz reply back as I’m looking to create my own blog and would like to know wheere u got this from. thanks