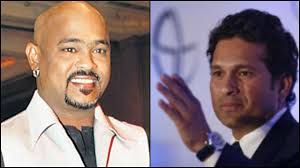 Vinod Kambli chooses to bring the split in friendship out in the open again expressing hurt on not being invited to Sachin Tendulkar’s post retirement bash.

Common friends of both Shardashram team mates say Vinod’s hurt stems from this reality. Vinod disagrees and says its Sachin who has cut off the friendship.

From the time Vinod Kambli spoke out in a reality show Sach ka saamna 7 years ago saying Sachin has not done enough for him things have not been the same between the two.

Vinod chooses to bring the split in friendship out in the open again expressing hurt on not being invited to Sachin’s post retirement bash.

“I am deeply hurt. I was expecting my name to be part of his farewell speech. If anything for our famous partnership. Its that world record partnership that was the turning point of our careers. That’s when everyone came to know who is Vinod and Sachin. I had a hand in that and our careers started from there. I thought he could have mentioned that part at least.

The other shocking part was all his team mates, friends and family were invited to party after retirement and I was not invited. My family and I were upset, sad and disturbed. I have been part of Sachin’s life from being 10 years old, off the field as well. We have shared lot of good and bad times. I have always been there for him. All I can say that he has forgotten me,” he opens up speaking to Headlines Today.

Sources close to both say Vinod and Sachin never became family friends. They were just very very good friends in school. And that friendship was tested several times as both became India team mates. Sachin became a superstar playing two years of international cricket and although Vinod had a dream start to his own India career with back to back double centuries in his first seven tests, once he lost his place he could never reclaim the form of old and could not succeed in his many international comebacks.

“When I needed him the most he was not there that’s why I said it in the show. If you looked at the facts I don’t know why I was dropped from Indian side,” Kambli accuses Sachin again for not doing enough for him.

time Vinod Kambli spoke out in a reality show Sach ka saamna 7 years ago saying Sachin has not done enough for him things have not been the same between the two.

Two years elder to Sachin, Vinod had famously gifted his school friend 30 vada pavs on his 30th birthday a gift he had graciously accepted then. But since his public outburst Sachin despite maintaining stony silence has shut himself off the friendship completely.

“You will be shocked to know when I had a child he did not come to see my child that’s what our friendship has come to,” he complains.

“I have tried SMSing him and would get cold reply, thanks. I can say he has stopped talking, not me,” he adds.

Its easy to be dismissive of Kambli’s outburst. His life and career graph have taken many down turns. But it would be interesting to dwell into the other mind as well. Whether Sachin actually feels hurt that things had to come to this.

Sachin was 14 when they hit the record Harris shield record 664 run partnership while Vinod was 16. Those were the days when he spent greater time of the day together with Kambli than with family, toiling in the maidans, sharing the kind of jokes he may not have been able to with anyone else, eating from the same plates. Childhood friendships die hard.

“Our friendship was like a mirror. We have played partied together. If he calls me up I will be there standing next to him. Time is a great healer. We have come a long way from boy to man with different responsibilities,” he expresses hope.

Only to add, “There are so many people around him who may be putting bad things about me in his mind. He has stopped talking. If he calls me I will be there.”

Perhaps the mistrust is too deep. Vinod says Sachin has hurt him. Unfortunately Sachin may be feeling the same.