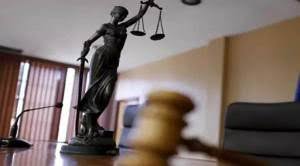 The man used to lure the girls with chocolates to accompany him to his house for more “sweet treats”, where he showed them pornographic videos and images and touched them inappropriately, police said.

A casual talk about “good touch, bad touch”, in an ongoing initiative of the Vadodara city police to create awareness among children about sexual harassment, at a home tuition class led the police to nab a man who harassed at least three minor girls.

The 44-year-old accused who works as a contractor with a Vadodara-based multi-national company located in the same area allegedly molested three children from the neighbourhood since the Covid-19 lockdown, police said. He has been booked for repeated “rape” of the minor as per an amended section of the Indian Penal Code (IPC) for rape and molestation cases.

The crime came to light on Wednesday when a 12-year-old broke down at a tuition class while her teacher was explaining the concept of “good touch and bad touch” to the students. Police said that the girl informed her tuition teacher that an “uncle” in her neighbourhood had been “touching her in ways described in the bad touch”

Alarmed, the tuition teacher took the girl to her parents, who listened to her and rushed to the police station. Two other children harassed by the man are aged six and eight, living in the same neighbourhood, police said.

Deputy Commissioner of Police, Zone IV, Lakdhirsinh Zala, said, “We booked the man as per the amended Section 376, although his act did not involve rape… He has confessed to have molested two other girls from the neighbourhood in a similar manner. We are trying to get parents of two other girls, to become part of the complaint against him in order to ensure that the case is strong.”

The man used to lure the girls with chocolates to accompany him to his house for more “sweet treats”, where he showed them pornographic videos and images and touched them inappropriately, police said.

Zala said that the tuition teacher had attended a few meetings previously held by the Vadodara city police as part of its ongoing initiative, “Good touch and Bad touch”, which aims to create awareness among children about sexual harassment. The initiative, started in 2018 as part of the Suraksha Setu campaign, saw the police teams holding awareness programmes in schools, anganwadis and neighbourhoods to sensitise children about reporting bad touch to their elders without fear. Zala said that on Wednesday, the teacher spoke about the subject to her students on her own.

After an FIR was lodged by the parents of the 12-year-old girl at the Makarpura police station, the accused was booked under IPC Section 376(A) for rape, 376(2)(n) for committing repeated rape and 506(2) criminal intimidation with a threat to cause grievous hurt, as well as relevant sections of the Protection of Children from Sexual Offences (POCSO) Act 2012.

The FIR states that the man subjected the minor girl to the act from April this year until October 5. The girl told the police that the man would gag her with his hand and threaten to kill her if she informed her mother about the act. Zala said the man has been detained and the police are awaiting the result of his Covid-19 test to arrest him.

Chhalaang, Durgavati and others to premiere on Amazon Prime Video,Coolie No.1

Akshay Kumar’s horror-comedy to leave you intrigued this Diwali,Laxmmi Bomb Trailer Out Today