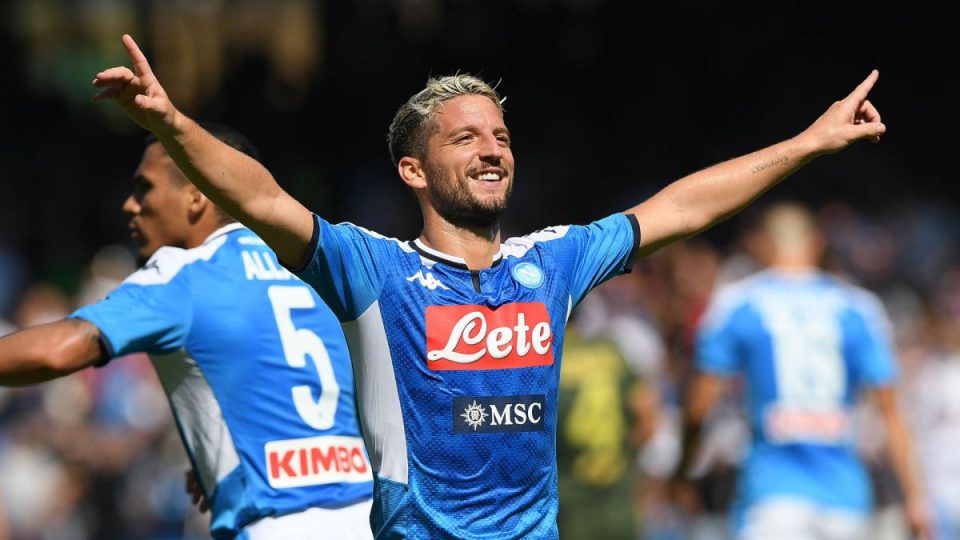 Napoli did not travel to Turin for the Oct.  health authorities ordered the squad into quarantine after two players tested positive for the coronavirus.

Napoli was handed a 3-0 loss by the Italian league on Wednesday and docked one point for not showing up for its Serie A match at Juventus because of coronavirus cases.

Napoli did not travel to Turin for the Oct. 4 game and local health authorities ordered the squad into quarantine after two players tested positive for the coronavirus.

However, the league’s Disciplinary Commission ruled that Napoli did not have a valid reason for missing the fixture and should have followed the existing COVID-19 protocol, which was accepted by all clubs before the season began.

It said that the first orders by local health authorities on Oct. 3 did not stop Napoli from traveling to Turin, and that the team should already have been in the northern city when new orders were issued the following afternoon.

The Italian league’s protocol for coronavirus cases is the same as UEFA rules. If a team has 13 available players, including at least one goalkeeper, the game can go ahead.

Very interesting info !Perfect just what I was looking for!

Hi! I know this is kinda off topic nevertheless I’d figured I’d ask.
Would you be interested in trading links or maybe guest writing
a blog article or vice-versa? My blog discusses a lot of the same subjects as yours and I think we
could greatly benefit from each other. If you’re interested
feel free to send me an e-mail. I look forward to hearing from you!
Superb blog by the way! https://tadalafili.com/

Hello to every one, since I am really eager of reading this weblog’s post to be updated daily.
It consists of good information. http://antiibioticsland.com/Cephalexin.htm

Highly descriptive post, I loved that bit. Will there be a part
2? http://antiibioticsland.com/Bactrim.htm

What’s up Dear, are you in fact visiting this web page on a regular
basis, if so then you will definitely get pleasant know-how. http://ciaalis2u.com/

Thanks for sharing your thoughts on antibiotics. Regards http://antiibioticsland.com/Stromectol.htm

great publish, very informative. I ponder
why the opposite specialists of this sector don’t notice this.

You must proceed your writing. I’m sure, you have a great readers’ base already! http://harmonyhomesltd.com/Ivermectinum-side-effects.html

It’s remarkable to pay a quick visit this web page and reading the views of all friends regarding this post, while I am also
zealous of getting experience. http://herreramedical.org/acyclovir

My brother suggested I might like this blog. He was entirely right.
This post truly made my day. You cann’t imagine simply how much time I
had spent for this information! Thanks! http://herreramedical.org/azithromycin

Howdy! This post could not be written any better! Reading this post reminds me of my previous room mate!
He always kept talking about this. I will forward this article to him.
Pretty sure he will have a good read. Thank you
for sharing! http://herreramedical.org/albuterol

This design is incredible! You certainly know how to keep a reader amused.
Between your wit and your videos, I was almost moved to start my own blog (well,
almost…HaHa!) Fantastic job. I really loved what you had to say, and more than that, how you presented it.
Too cool! http://harmonyhomesltd.com/Ivermectinum-precautions.html