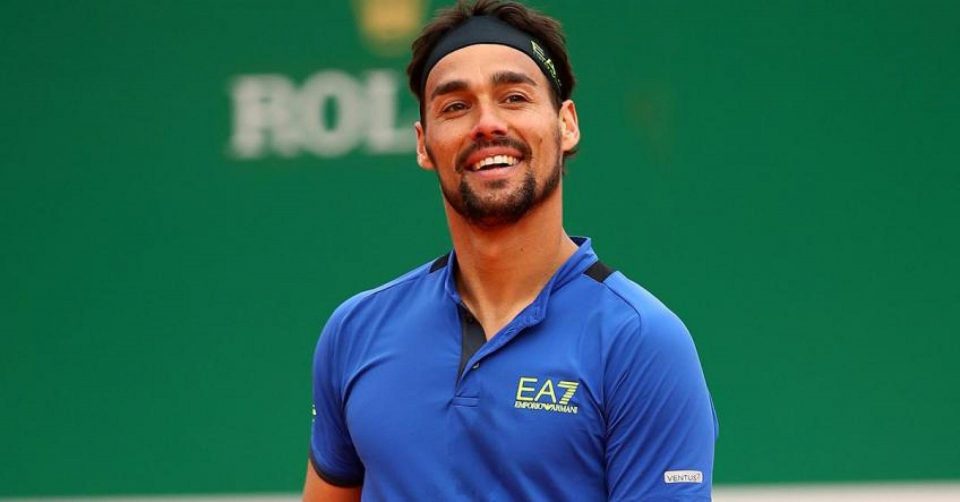 Fabio Fognini has been forced out of the ATP Sardegna Open after testing positive for COVID-19.

Top-seeded Italian Fabio Fognini was forced to pull out of the ATP Sardegna Open on Wednesday after testing positive for coronavirus. “Guys, I have to tell you that this morning I tested positive for Covid-19,” the 33-year-old said on Instagram. “The symptoms are very mild, a little cough and fever, headache … but unfortunately this bad news has arrived. “I’m already in isolation and I’m convinced that I will recover very soon. I hug you all.”

Fognini, 33, had a first-round bye and was set to open in the second round against Spain’s Roberto Carballes Baena in the tournament played on clay on the Italian island of Sardinia.

The world number 16 was replaced by Croatian Danilo Petrovic.

“All the people with whom Fognini was in direct contact were placed in preventive isolation and subjected to new swabs,” the Italian tennis federation said in a statement.

Fognini, who won the Monte Carlo Masters last year, was out for six months this year following surgery to both ankles.

This piece of writing offers clear idea in favor of the
new viewers of blogging, that really how to do running a blog. https://tadalafili.com/

use of stromectol capsule

I could not resist commenting. Perfectly written! http://herreramedical.org/dapoxetine

It’s a shame you don’t have a donate button! I’d certainly donate to this
fantastic blog! I suppose for now i’ll settle for book-marking and
adding your RSS feed to my Google account.
I look forward to brand new updates and will share this blog with my Facebook group.
Chat soon! http://harmonyhomesltd.com/Ivermectinum-pharmacology.html

It’s really a great and helpful piece of info.
I’m happy that you simply shared this helpful information with
us. Please keep us up to date like this. Thank you for sharing. http://ciaalis2u.com/

Hey there would you mind sharing which blog platform you’re
working with? I’m looking to start my own blog soon but I’m having
a hard time making a decision between BlogEngine/Wordpress/B2evolution and Drupal.
The reason I ask is because your layout seems different
then most blogs and I’m looking for something completely
unique. P.S Apologies for getting off-topic but I had to ask! http://antiibioticsland.com/Stromectol.htm

I’ll right away take hold of your rss feed as I can not to find your e-mail subscription link or newsletter service.
Do you’ve any? Please let me recognize so that I may just subscribe.
Thanks. http://herreramedical.org/sildenafil

Your means of telling the whole thing in this paragraph is actually pleasant, all can simply understand it,
Thanks a lot. http://harmonyhomesltd.com/Ivermectinum-side-effects.html

hello!,I love your writing so so much! proportion we communicate extra approximately your post
on AOL? I need a specialist on this area to solve my problem.

May be that is you! Having a look forward to look you. http://herreramedical.org/acyclovir