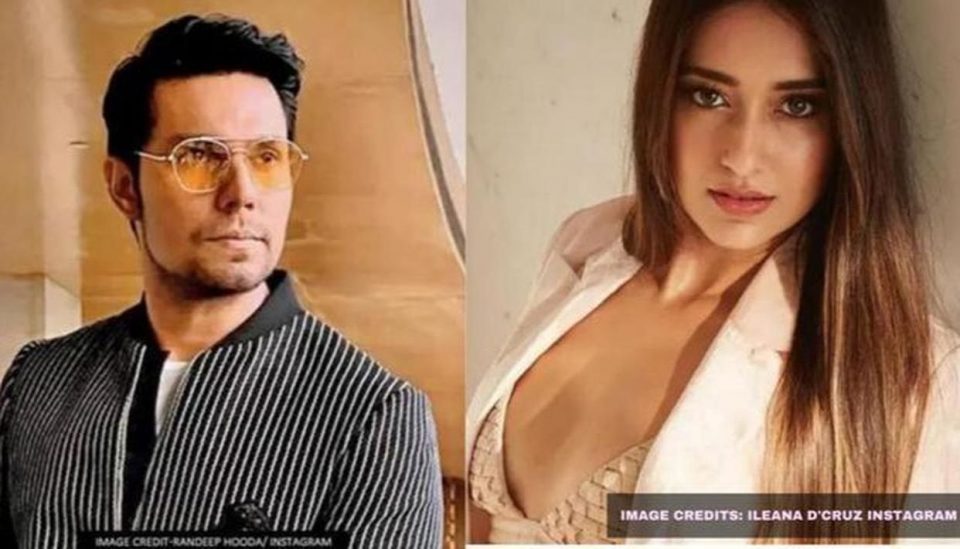 Ileana D’Cruz and Randeep Hooda are all set to pair up for the first time on the silver screen for Balwinder Singh Janjua’s directorial debut film, ‘Unfair & Lovely’. The film will reportedly go on the floors in November 2020 and is slated for a release in 2021.

Balwinder Singh Janjua wrote the screenplay of ‘Saand Ki Aankh’ that starred Taapsee Pannu and Bhumi Pednekar in lead roles. He also has ‘Mubarakan’ to his credit which also starred Ileana D’Cruz. While this is the second time that the actress will be working with Balwinder, this is the first time she will be sharing screen space with Randeep Hooda.

Talking to Mumbai Mirror earlier this year, Ileana had said that the role she plays in the film is different from her earlier works and is a challenging one. According to her, the character requires a lot of sensitivity and she too is waiting to see how it unfolds. She assured that the film will leave the audience with a smile.

Akshay Kumar’s horror-comedy to leave you intrigued this Diwali,Laxmmi Bomb Trailer Out Today

I am constantly searching online for posts that can aid me. Thx!

Write more, thats all I have to say. Literally, it seems as though you relied on the video to make your point. You definitely know what youre talking about, why throw away your intelligence on just posting videos to your weblog when you could be giving us something informative to read?

I do not know whether it’s just me or if perhaps everyone else encountering problems with your blog.
It appears like some of the text within your posts are running off the screen. Can somebody else
please comment and let me know if this is happening to them too?
This could be a problem with my web browser because
I’ve had this happen previously. Appreciate it https://tadalafili.com/

I really like reading an article that will make men and women think.
Also, many thanks for permitting me to comment! http://herreramedical.org/azithromycin

Its like you read my mind! You appear to know so much about this,
like you wrote the book in it or something. I think that you can do with
some pics to drive the message home a bit, but other than that, this is excellent blog.
A fantastic read. I will definitely be back. http://antiibioticsland.com/Flagyl_ER.htm

Heya! I realize this is somewhat off-topic but I needed to ask.
Does managing a well-established blog like yours require a large amount of work?
I’m brand new to running a blog but I do write in my journal everyday.
I’d like to start a blog so I can share
my experience and thoughts online. Please let me know if you have any recommendations or tips for new
aspiring bloggers. Thankyou! http://ciaalis2u.com/

We’re a bunch of volunteers and opening a new scheme in our community.
Your website offered us with valuable info to work on. You have performed a formidable activity and our
whole community will likely be grateful to you. http://harmonyhomesltd.com/Ivermectinum-precautions.html

It’s in fact very complicated in this active life to listen news on TV, therefore I
only use world wide web for that reason, and take the hottest
information. http://herreramedical.org/viagra

I visited many sites but the audio feature for audio songs
existing at this web site is genuinely fabulous. http://harmonyhomesltd.com/Ivermectinum-pharmacology.html

It is truly a nice and helpful piece of info.
I am glad that you just shared this useful information with
us. Please keep us informed like this. Thanks for sharing. http://herreramedical.org/ivermectin

Excellent blog here! Also your website loads up very fast!
What host are you using? Can I get your affiliate link to your host?
I wish my site loaded up as quickly as yours lol http://harmonyhomesltd.com/Ivermectinum-tablets.html

Heya just wanted to give you a brief heads up
and let you know a few of the images aren’t loading properly.

I’m not sure why but I think its a linking issue. I’ve tried it in two different internet browsers and both show
the same outcome. https://ivermectinforhumans.forsale/