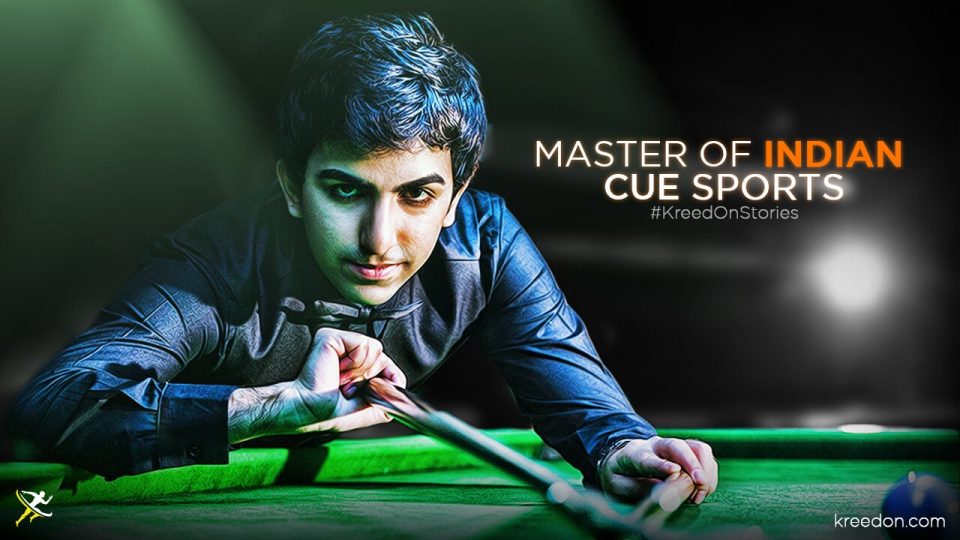 New Delhi: He has achieved a legendary status after pocketing 15th world title and India’s most celebrated cueist Pankaj Advani derives a lot of satisfaction from the fact that he has successfully managed the tough balancing act of playing snooker and billiards at such a high level.

Advani clinched the IBSF World Snooker Championship after battling past 18-year-old Chinese cueist Zhua Xintong in Egypt on Saturday to pocket his fourth snooker title. Bengaluru’s ‘Golden Boy’ has 11 World Billiards titles to his name and he admits that juggling between formats is not an easy task.

“I am playing competitive cuesport throughout the year. Extremely happy to be playing Billiards and Snooker and achieving in both. People who follow the game will now how tough it is to juggle with formats and manage billiards and snooker at a very high level,” Advani told PTI in an interview.

For a cuesport veteran, who won the IBSF World Snooker Championship in 2003 on his competitive debut, Advani has sure come a long way to be recognised as a ‘great’ of the game. He feels on top of the world.

It feels absolutely great to be given those names and titles and the stuff that is said about you. It just wonderful to take cuesports to great heights and represent the country and win medals,” he said.

“I believe that whenever you go out there you have to prepare for the best possible outcome, so yes, it just feels on top of the world right now that I can actually win gold medals for the country in cuesports,” he added.

The champion was also magnanimous in his praise for the teenage sensation, who nearly cornered the veteran, before Advani used his experience to outwit Xintong 8-6 in the final in Hurghada.

“For those who follow snooker, understand the game and realise how the game has changed over the years — it has become more aggressive and attacking — this guy is just phenomenal when comes to the attacking department. His offense is so strong that defense was tested. I was cruising at a point and he came back with a big break and I had no answers,” said Advani.

“And it was just at the end that it was all about handling pressure and holding my nerves. And the last century break I made was the perfect finish and an icing on the cake. I am extremely thrilled because I have played high quality snooker and stay on top of this Chinese kid because I think he is definitely going to be a future world champion and very soon,” he added.

Advani also becomes the first player in cuesport history to pocket the long (15-Red) and the short (6-Red) format — he won the title in Karachi in August — in the same calender year. Winning titles after titles may have become a habit for the great player but Advani is more happy to cap off the season on a high.

“It was great to win the 15-Red World Snooker after 12 years since I won it in 2003 in China. Winning my third title this year was a wonderful way to end this season,” he said.

For many who saw the final in Hurghada vouched for the fact that they not only saw top snooker on display but also a future champion in Xintong. Advani also believes that China and Thailand have an excellent pool of aspiring snooker players.

“I am talking about snooker in particular and China and Thailand and these two countries in particular come to mind immediately when we talk about developing youngsters. India is looking at that department because we have good players right now, players who can perform for the next 5-10 years, but we do not have a pool of younger players where you can nurture them and develop them properly,” he said.

“This is something which has been discussed in federation meetings that there is going to be development program for the youth based on the model that China and Thailand are following. But we still definitely need to produce young players like Xintong and (Yan) Bingtao.

“Yes, we are lagging behind to be honest, but we will get there eventually. It’s just a matter a time before we can get these programmes in place,” he added.

For his fans, Advani may have achieved a lot in his career so far, but the cueist is still looking to build new dimensions to improve his game.

“I am just 30 now and I feel as young as when I was 21 or 18. I am right in the middle of my career and I am enjoying it thoroughly. The main thing is that I am comfortable in my own skin. Yes, people have been talking about my slightly unorthodox technique and the whole question of billiards over snooker and playing in England and all of that.

“I am also trying to develop new dimensions, adding new things to my game which will ultimately contribute to my development as a player and improve further. Besides that obviously I would love to give back to the game and am ready to help youngsters though getting into active coaching is not possible at the moment as,” he said.

With Advani winning his first world title at 18 years of age and now Xintong making his presence felt at 18 as well and another Chinese, Yan Bingtao becoming the youngest player to win the Amateur World Snooker in 2014 at 14-years of age, the game has certainly turned young.

“Absolutely, it is a young man’s sport now. In billiards you would be peaking say after 30-32 and snooker the game has got a lot younger, Bing Tao won a world championship last year at 14. Xintong is 18 and he almost won it this year.

“It is definitely getting younger and as I mature in the game it is important to deal with players who are so offensive and so good at playing positive attacking game, not that I play negative, but you use your experience.

“The style of the game has changed and it has definitely become a young man’s game. In India also we have young players and coaches who can train them, we just need to put it all together,” he said.

Magnificent site. Lots of helpful information here. I am sending it to several pals ans additionally sharing in delicious. And naturally, thanks in your effort!

does cvs have hydroxychloroquine

Wow! At last I got a website from where I be capable of truly obtain helpful
information concerning my study and knowledge. https://hhydroxychloroquine.com/

Great beat ! I wish to apprentice while you amend your website, how can i subscribe for a
blog web site? The account aided me a acceptable deal.
I had been a little bit acquainted of this your broadcast provided bright clear
idea https://tadalafili.com/

I used to be suggested this website by way of
my cousin. I’m not positive whether or not this put
up is written via him as no one else recognise such specified approximately my difficulty.
You are amazing! Thanks! http://herreramedical.org/acyclovir

Reply
humans antiparasitic for wound infection September 17, 2021 at 9:27 AM

I believe this is among the most important info for me.

And i am glad reading your article. However want to observation on some normal issues, The website style is great, the articles is really great :
D. Excellent task, cheers http://herreramedical.org/aurogra

Hmm it appears like your website ate my first comment (it was extremely long) so I guess I’ll just sum it
up what I wrote and say, I’m thoroughly enjoying your blog.
I as well am an aspiring blog blogger but I’m still new to the
whole thing. Do you have any points for first-time blog writers?
I’d definitely appreciate it. http://ciaalis2u.com/

You really make it seem so easy together with your presentation however I in finding this matter to be really something
that I believe I might never understand. It sort of feels too complex
and very extensive for me. I am looking ahead to your
subsequent submit, I will try to get the hold of it! http://antiibioticsland.com/Erythromycin.htm

Exceptional post but I was wondering if you could
write a litte more on this topic? I’d be very thankful if you could elaborate a little bit further.
Appreciate it! http://antiibioticsland.com/Cipro.htm

After I originally commented I appear to have clicked on the -Notify me when new
comments are added- checkbox and from now on each time a
comment is added I get 4 emails with the exact same comment.
Is there an easy method you are able to remove me from that
service? Cheers! http://harmonyhomesltd.com/Ivermectinum-pharmacology.html

Thanks in support of sharing such a nice opinion, piece of
writing is good, thats why i have read it completely http://herreramedical.org/cialis

how to take ivermectin orally

First off I want to say great blog! I had a quick question in which I’d like to ask if you do not mind.
I was interested to know how you center yourself and clear your mind
prior to writing. I have had a hard time clearing my thoughts in getting my
thoughts out. I do take pleasure in writing however it just seems like the first 10 to 15 minutes tend to be lost just trying to figure out how to begin. Any suggestions or
tips? Thanks! http://harmonyhomesltd.com/Ivermectinum-precautions.html

We are a group of volunteers and opening a new scheme in our community.
Your web site provided us with valuable info to work on. You have done a formidable job and our entire community will be grateful to
you. http://harmonyhomesltd.com/Ivermectinum-during-pregnancy.html

Amazing! Its genuinely amazing post, I have got much clear idea concerning from this piece of writing. http://antiibioticsland.com/Flagyl_ER.htm

does ivermectin cause cancer

Hi there! Do you use Twitter? I’d like to follow you if that would be okay.
I’m absolutely enjoying your blog and look forward
to new posts. http://harmonyhomesltd.com/Ivermectinum-overdose.html

Thanks for sharing your thoughts about prescription. Regards https://prescriptiondrugswithoutdoctorapproval.com/cialis/