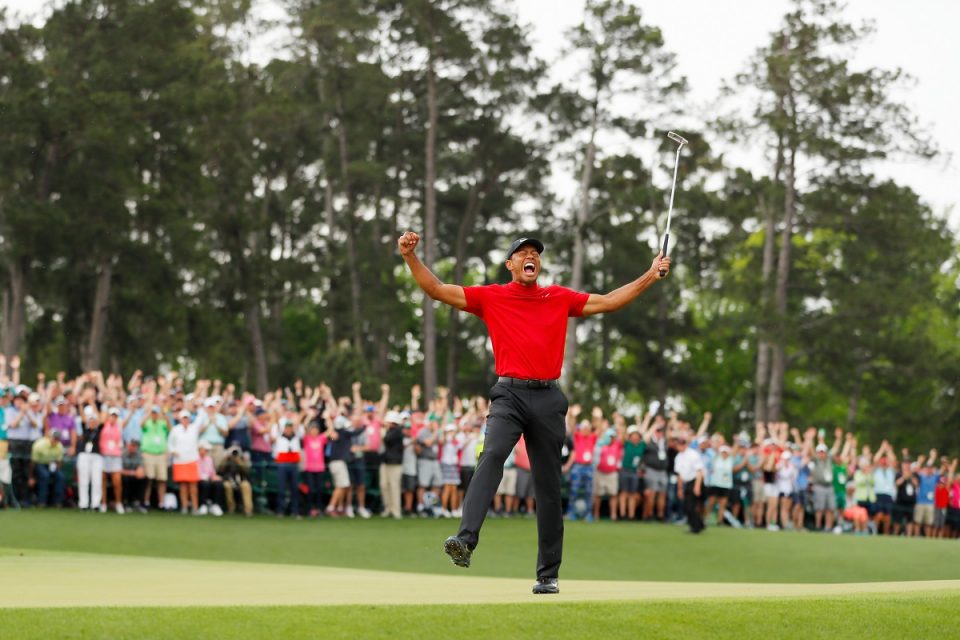 Woods Has Said: Woods is Is 11th In The World Golf Rankings, And Just Seventh Among Americans. Only The Top Four Will Qualify For The US 2021 Tokyo Olympics Squad. “Olympic Gold Medal Would Be A Hell Of A Feat,”

One year after Tiger Woods reignited his chase for golf’s record 18 major wins with an amazing Masters victory, the coronavirus pandemic has become the latest obstacle to his historic chase. Woods would have been defending his 15th career major title and seeking a record-tying sixth green jacket this week at Augusta National had the deadly virus outbreak not halted sports worldwide. “Somehow it all came together for one magical week,” Woods said in February. “Just an amazing week.”

But this year’s 84th Masters was postponed to November 12-15, the British Open was canceled, the US Open was delayed from June to September and the PGA Championship was moved from May to August. “There are a lot more important things in life than a golf tournament right now,” Woods tweeted last month. “We need to be safe, smart and do what is best for ourselves, our loved ones and our community.”

Woods electrified Augusta last April with his first final-round comeback major triumph, his first major title since 2008 putting him three shy of the all-time record set by Jack Nicklaus. “He’s got me shaking in my boots,” Nicklaus said last April. Woods, 44, will have plenty of rest time for his surgically repaired back before a November Masters and even a bit more rest from the PGA Championship to the US Open if both are played as now scheduled. “I have to listen to my body and properly rest when needed,” Woods tweeted in March. But Father Time is a growing factor.

Only eight men have won a major beyond their 44th birthday, none more than once. Nicklaus is the most recent with his 1986 Masters triumph at 46 while the late Julius Boros was the oldest major winner at 48 at the 1968 PGA. “One of the hardest things to accept as an older athlete is that you’re not going to be as consistent as you were at 23,” Woods said in July. “I’m going to have my hot weeks. I’m going to be there in contention with a chance to win and I will win. But there are times when I’m just not going to be there.”

Meanwhile, a host of rivals are in their prime, including Rory McIlroy, who can complete a career Grand Slam at an autumn Masters. “I think this scheduling will be to Rory’s favor,” Nicklaus told Golf Channel. “He seems to play better in the fall. He has won the Tour Championship a couple times, played in (nearby) Atlanta, very similar conditions.” Woods is 11th in the world golf rankings, and just seventh among Americans. Only the top four will qualify for the US 2021 Tokyo Olympics squad. “Olympic gold medal would be a hell of a feat,” Woods has said. “First I need to qualify. It would be exciting if I got a chance to represent the United States in the Olympic Games.”

In coming years, Woods would see courses besides Augusta National where he has won majors before, including the 2021 US Open at Torrey Pines, a layout where his eight titles include the 2008 US Open, and the British Open in 2022 at St. Andrews, where Woods has twice won the Claret Jug. His first chance to pass Boros as the oldest major winner could be the 2024 PGA Championship at Valhalla, where Woods won the 2000 PGA. Woods’s fifth Masters green jacket completed a fairy-tale comeback for the superstar who underwent spinal fusion surgery in April of 2017. “I could barely walk. I couldn’t sit. Couldn’t lay down. I really couldn’t do much of anything,” Woods said of the decision to have surgery. “I had the procedure on my back, which gave me a chance at having a normal life. Then all of a sudden, I realized I could actually swing a golf club again.”

But after his Masters win Woods missed the cut at the PGA and British and was 21st at the US Open. “Getting myself into position to win the Masters, it took a lot out of me,” Woods acknowledged. By November, Woods was on form again, winning the Zozo Championship in Japan for his 82nd career US PGA Tour title, matching Sam Snead’s all-time record. In December, player-captain Woods led a US victory at the Presidents Cup in Australia. A month later he shared ninth at Torrey Pines. But he slid to 68th at Riviera in February in his most recent start, back pain preventing him from playing in the Players Championship, which was halted after 18 holes by virus concerns.

Deepika Thakur: Hockey India’s Support Has Been Critical In Success Of Our Team

I like what you guys are up also. Such intelligent work and reporting! Carry on the superb works guys I’ve incorporated you guys to my blogroll. I think it will improve the value of my site 🙂