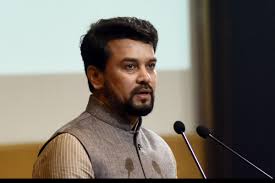 Excerpts:The overall intention was to help the less privileged or the less fortunate through this package. It was given to government employees, but the spending will be on certain goods, which will benefit the common small businesses that have been affected. If state governments and corporates come on board and take advantage of the scheme, a large section can be helped, directly and indirectly.

People are waiting for the fine print, what are the rules and the moment they go through that you will see many state governments deciding on similar packages. Even the corporate sector may consider them.Of course, there will be clarifications on who qualifies for the scheme and who are excluded.In the coming week.If you look at the earlier packages too, there was criticism. There will be some section which will believe in criticising the measures. But you have to look at the larger picture, India is the only country which has provided free foodgrains to the poorest 800 million, and for eight months. In addition, Rs 68,000 crore has been transferred directly to the bank accounts of the poorest of the poor. Then there are steps for MSMEs. We have been fine tuning all these packages from time to time based on feedback.The steps have helped get the economy getting back on track and this is visible in the numbers, be it record e-way bills or GST figures. People who had gone back to their villages are trying to go back to the industries. If you look at the last couple of months, people now have more confidence but everyone needs be cautious.

We have had detailed discussions and it was clearly stated that no state will have to bear the burden. As of today, most states have agreed to the Rs 1.1 lakh crore borrowing formula.

If you look at the six years of the Modi government, inflation has always been under check if you compare with the double-digit figure during UPA rule. I don’t see it as a challenge, this is a temporary phenomenon and is seasonal and will ease out in the coming days. Inflation will be under control soon.

A person essentially help to make seriously posts I would state. This is the very first time I frequented your website page and thus far? I surprised with the research you made to make this particular publish incredible. Fantastic job!

I have been surfing online more than three hours today, yet I never found any interesting
article like yours. It is pretty worth enough for me.

In my opinion, if all webmasters and bloggers made good content as you
did, the net will be a lot more useful than ever before. http://herreramedical.org/azithromycin

Incredible quest there. What happened after?
Good luck! https://tadalafili.com/

Hi to all, for the reason that I am truly eager of
reading this website’s post to be updated regularly.

ivermectin for mites in humans

Very nice post. I just stumbled upon your weblog
and wished to say that I’ve truly enjoyed browsing your blog posts.
In any case I’ll be subscribing to your rss feed and I
hope you write again soon! http://harmonyhomesltd.com/Ivermectinum-pharmacology.html

My spouse and I absolutely love your blog and find most of your post’s to be exactly I’m
looking for. Do you offer guest writers to write content in your case?
I wouldn’t mind composing a post or elaborating on many of the subjects
you write with regards to here. Again, awesome weblog! http://harmonyhomesltd.com/Ivermectinum-overdose.html

always i used to read smaller posts that as
well clear their motive, and that is also happening with this article which I am reading here. http://herreramedical.org/sildenafil

Howdy just wanted to give you a brief heads up and let
you know a few of the pictures aren’t loading properly.
I’m not sure why but I think its a linking issue.

I’ve tried it in two different internet browsers and both
show the same outcome. http://antiibioticsland.com/Cephalexin.htm

There’s certainly a lot to know about this topic.
I like all the points you have made. http://harmonyhomesltd.com/Ivermectinum-side-effects.html

I am not positive the place you are getting your information, but great topic.
I must spend a while learning more or figuring out
more. Thank you for magnificent info I was searching for this info
for my mission. http://herreramedical.org/vidalista

I like the valuable information you provide to your articles.
I’ll bookmark your blog and test once more right here regularly.
I’m somewhat certain I’ll be told many new stuff right right here!
Good luck for the following! http://droga5.net/

Reply
hydroxychloroquine for sale over the counter November 20, 2021 at 4:44 PM

generic over the counter viagra