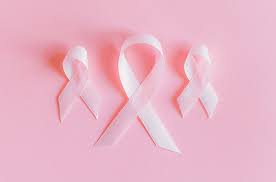 The American College of Medical Genetics currently recognizes a wide range of germline variants in the gene TP53 as pathogenic or likely pathogenic and causing the inherited disorder, Li-Fraumeni Syndrome. Cancers strongly associated with Li-Fraumeni syndrome include common and rare malignancies such as breast cancer, adrenocortical carcinoma, and osteosarcoma, and are normally diagnosed in patients at much younger ages than the average age of diagnosis for the general population.

In July 2020, a team of multidisciplinary researchers led by clinician-scientists at the Abramson Cancer Center at Penn Medicine, Philadelphia, added to the understanding of pathogenic TP53 variants with the publication of study in which they identified a rare, novel variant implicated in the development of Li-Fraumeni syndrome predominantly in families of Ashkenazi Jewish descent.

Nonpathogenic p53 protein is composed of 4 major protein domains: transactivation, proline-rich, DNA-binding, and tetramerization, and is a transcription factor that activates transcription of genes encoding DNA repair machinery in healthy cells. Because p53 functions as a transcriptional regulator, pathogenic mutations in TP53 are most commonly observed in sequences encoding the DNA binding domain, causing the mutant p53 protein to lose its normal capacity to bind to target promoter sequences for transcriptional activation. Unlike more common pathogenic mutations in the DNA binding domain, the novel variant, c, 1000G>C;p. G334R, is a pathogenic missense mutation in the tetramerization domain of p53, resulting in disruption of the normal tetramerization of p53 polypeptides required to assume its native structure in wild-type carriers.

A well-documented example of a pathogenic germline mutation in the tetramerization domain of p53 occurs in 0.3% of the general population in Southern Brazil, where a spectrum of early onset cancers was also observed in the population and confirmed as Li-Fraumeni Syndrome.

There is visibly a lot to know about this. I assume you made some nice points in features also.

It is truly a nice and helpful piece of info. I¦m glad that you just shared this helpful info with us. Please stay us informed like this. Thanks for sharing.