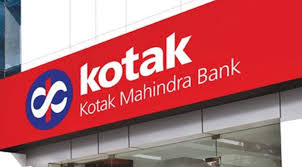 Uday Kotak, promoter and managing director of Kotak Mahindra Bank is known for his conservative approach.

His bank’s performance metrics have reflected this approach over the years. Kotak Mahindra Bank has one of the lowest bad loan ratios in the banking industry. Be it the financial crisis of 2008 or even the asset quality clean-up driven by the regulator four years ago, the private sector lender has managed to keep its asset quality pristine. Its investors expect the same performance to be repeated in the present pandemic times.

In light of this high value for quality and relatively low tolerance for risk, a merger with IndusInd Bank that has a comparatively more stressed asset book, looks uncharacteristic. The other cherished treasure for Kotak is his equity stake in the bank, for which the bank was even willing to drag Reserve bank of India to court. A merger with IndusInd will dilute existing shareholders of Kotak, although of course it may still be considered at the right price.

Late Sunday, Mint reported that the promoters of both the banks are in early talks for an all share merger deal This was quickly denounced by IndusInd Bank while Kotak Mahindra Bank has refused to comment. Whether a deal is in the works or not, Kotak needs a strong motivation to swallow a bank whose loan book is tilted towards vehicle loans. This is a segment that has been in trouble for a year now and the pandemic has hit automobile companies further. IndusInd Bank also had as much as 16% of its loan book under moratorium as of June, compared with Kotak Mahindra Bank’s 9%.

That said, both the lenders have announced they would not run after asset growth amid a pandemic and would rather conserve asset quality. To that extent, IndusInd Bank may be on the same page as Kotak Mahindra Bank on handling risk in current times.

The second aspect of equity dilution needs to be weighed against the growth opportunity a deal with IndusInd provides. According to analysts at Macquarie Research, Kotak’s loan book and branch network can rise by 94% and 100+% respectively if the deal happens. At current prices, meanwhile, the dilution in equity may be only 17% or so. But Kotak has learnt recently with the ING Vysya deal that integrating a merger isn’t a straightforward process.

Note that RBI has allowed Kotak to hold 26% in the bank, but if his stake falls, the regulator would not allow Kotak to increase stake again. A merger with IndusInd Bank will bring down the stake below 26%. Analysts said that Kotak’s determined fight with the RBI over shareholding shows he values his stake. “Why would he bring it down after having fought so much? If he wants to, the reason should be very strong like exponential growth or higher returns on business,” said an analyst requesting anonymity.

over the counter stromectol for lymphatic filariasis