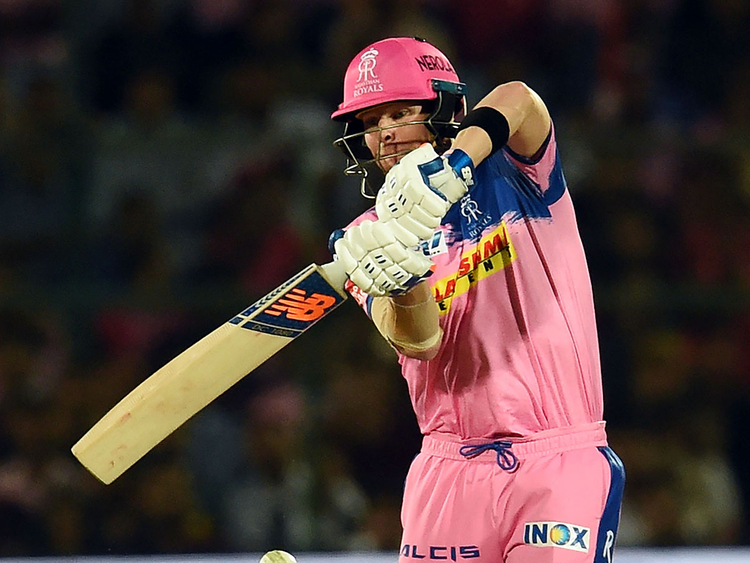 Of all the words he could pick to describe his glorious unbeaten century, bittersweet was the word Ben Stokes used. It was the kind of win that Rajasthan Royals were in search of for quite sometime now, with a floundering batting line-up that wasn’t able to close games. On Sunday (October 25) against table-toppers Mumbai Indians, RR’s senior force stood up and delivered the perfect chase template that they were crying out for nearly all season.

RR were chasing at least 40 more than what they would’ve thought they would be at the 15th over. Carnage courtesy Hardik Pandya saw them concede 79 in the last four overs, which included a Jofra Archer over of just 3 runs. That assault undid all of RR’s hard work in the middle overs – where they picked timely wickets and dried up the runs – leaving them with a 196-run target.

It was an opportunity to put to rest the raging debates surrounding Stokes’s promotion to the opening slot, that were only growing in cogency with every passing game. Even mentor and brand ambassador Shane Warne threw his weight behind Jos Buttler doing what he does best at the top and having Stokes in the middle order. However, it was Stokes who came to the middle alongside Robin Uthappa once again with a huge mountain ahead of them to climb.

MI’s pacers were exceptional in the powerplay all season, and delivered once again with the wicket of Uthappa in the second over. In two overs, Stokes had not faced a ball. When he was finally on strike, it was up against the pace of Trent Boult. That Stokes loves pace on the ball is hardly a secret and he took on Boult fearlessly dispatching him for four boundaries in five balls – his intent unmistakable from the outset. The fuller deliveries encouraged stroke-making, and the all-rounder who struggled with timing all season, had stepped into his own.

Finally. “I would have preferred to get this form two or three games before when we weren’t relying on other results to get us through to the qualifiers,” Stokes told host broadcaster Star Sports at the post-match presentation. “It’s always nice to get back to form. We needed a result from today, so it’s a good victory. Training yesterday was the best I have had for the full time I have been here. Came into the game with a lot more confidence than the other games.

“Nice to spend some time out in the middle and finish the game off. The ball was coming on nicely – be it short or full. It was hard when they dug it into the wicket. We got ourselves into a great position by putting the pressure back on to every bowler who came on. They have obviously got Bumrah, which we managed to score probably a lot freer than we thought we’d be able to.”

Prior to this game, Stokes hadn’t hit a single six in the tournament, going for 123 balls without one. He got starts in most games, accumulating 110 runs in five innings, averaging 22 and striking at 106.80, but failed to convert them to ones of substance like he did today, striking at 178.33, in an almost-chanceless innings. After Steve Smith’s departure, he joined hands with Sanju Samson to stitch together an unbeaten stand of 152 that ended MI’s six-match winning streak in Abu Dhabi. The pair put in the hard yards, found the gaps and ran the twos on occasion the ball was hit to the longer part of the ground. With the odd boundaries, they ensured that the required rate never really got out of sight.

Samson, too, after his blitzkriegs in Sharjah early in the tournament failed to adjust when RR had to move to the bigger grounds. He was guilty of rushing into his strokes without settling in or wrapping his head around the conditions, that have baffled the best of sides through the season. Today, in his first 18 balls, he had 19 runs, giving himself time in the middle and play proper shots before letting loose. In his next 9 balls thereafter, he scored 32 runs. He was peppered with the short ball against which he struggles more often than not, but they didn’t take any unwanted risks as the wicket began easing out with the ball coming on nicely as a bit of dew came into play. He confessed as to not paying too much attention to the required rate; if a ball was there to hit, he hit it. His game plan was quite straightforward.

Much in contrast to MI’s innings where the burst of momentum came in the final four, it was the middle period in which they were kept quiet that RR burst ahead. The overs between the 13th and the 16th for fetched 65 runs as RR surged ahead from 107 for 2 to 172 for 2, strengthening their grip further in the game, leaving just 24 to be chased in the final four overs.

“Stokesy was magnificent from the outset tonight,” said skipper Smith. “He took the game on, played good cricket shots, hit the ball hard into gaps and started off nicely. Sanju and Stokesy – that partnership was magnificent; it’s what we’ve been crying out for from our experienced players. That’s what we weren’t able to put together. When you get two players doing it and getting a partnership like that, it gives you confidence.

“Stokesy is a million miles an hour in everything he does. He was suffering in a couple of games with a sore back but I thought his intent from ball one today was magnificent. He came out and played some really nice cricket shots and took the game on and got himself going. Once he going he was hard to stop. I’m pleased that they were able to close the game out.”

The highest successful chase in Abu Dhabi this season was 163, but the 196 that RR chased down with eight wickets to spare was the highest highest-ever against the Mumbai Indians. And the win was quite comprehensive in the end with ten balls to spare. Stokes remained unbeaten on 107 off 60 balls, with 14 fours and three sixes, while Samson was unconquered on a 31-ball 54.

Hardik Pandya may have slipped in the famous “remember the name” phrase in his locution after he hammered an outstanding 21-ball 60 to help MI finish the innings with a whopping 195. He tore into youngster Kartik Tyagi in the final over for three sixes in the final over that yielded 27 runs. Although his assault may have scarred the youngster, the game will be remembered for Stokes’s second IPL century and his outstanding stand with Samson, tailor-made even for the record books.