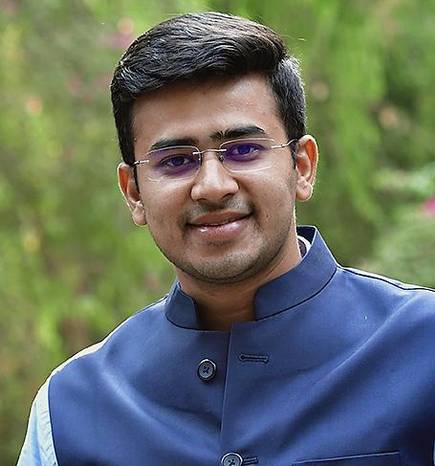 BJP MP Tejasvi Surya on Monday called the Mamata Banerjee government “despotic, tyrannical and extremist”, inciting a sharp counterattack by Trinamool MP Nusrat Jahan. “Race to a mirror right currently to sort out who the genuine fundamentalists are,” she tweeted.

Mr Surya, at a public interview on Monday, said that he has given an advantage notice to the Lok Sabha Speaker against the top of the food chain of the state organization, following brutality at a BJP rally in Howrah, on Sunday.

“We will guarantee that this totalitarian, tyranny and fundamentalist legislature of Mamata Banerjee will exit in this political race. I ask faithful Indians who regard and worth the Indian Constitution to speak loudly against totalitarianism in West Bengal, represent the standard of law,” he was cited as saying by news office ANI.

Accordingly, the entertainer turned-legislator blamed the BJP for annihilating the nation with “dictatorship and governmental issues of disdain”.

“Mr Tejasvi Surya, rather than offering crazy expressions, hurried to a mirror right presently to sort out who the genuine extremists are. It’s your supervisors at BJP who have annihilated this nation with their totalitarianism and governmental issues of scorn since 2014,” she composed on Twitter.

BJP allies – who were challenging a series of murders of gathering laborers in Bengal – conflicted with the police, tossing stones and hindering streets in Kolkata and Howrah.

Mr Surya has asserted that synthetic substances blended in with water were showered on BJP laborers.