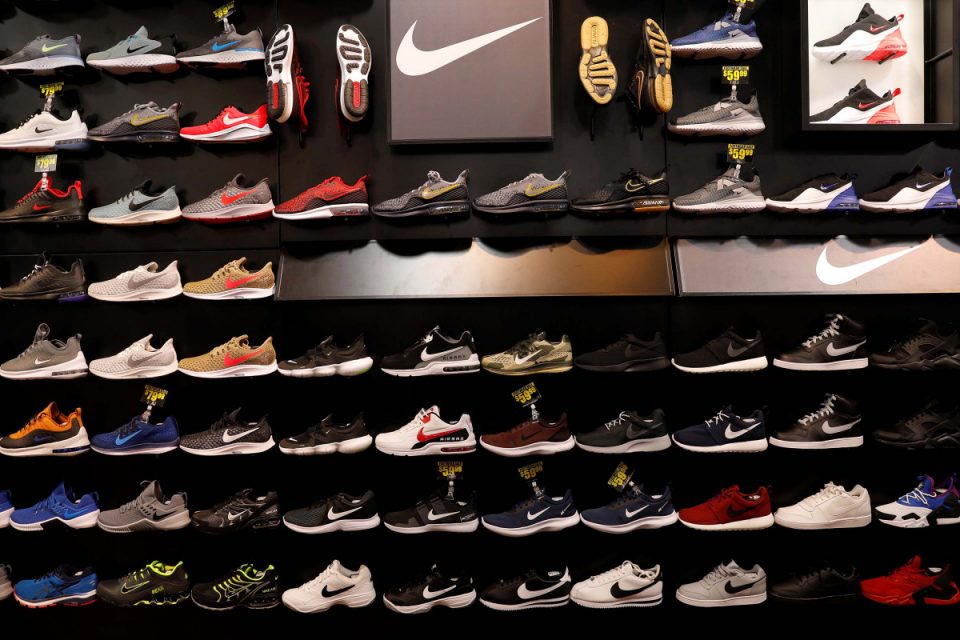 Strong online sales and demand from Chinese shoppers and students heading back to school are expected to have helped Nike swing back to a profit in the first quarter, a sequential improvement from the surprise loss it posted in July, according to Refinitiv.

Shares in Nike were up about 1.8 per cent in afternoon trading, ahead of the company’s earnings report after the market closes on Tuesday.

With malls and department stores like J.C. Penney shutting shops due to COVID-19 lockdowns, people turned to e-commerce, buying significantly more products directly from Nike’s website. In the fiscal fourth quarter, Nike reported a 75 per cent rise in online sales and Wall Street analysts expect this to continue – at least nine have raised their price targets on the stock in the last two weeks.

In the first quarter, 12 per cent of all footwear on Nike.com featured new types of sneakers and shoes, versus 10 per cent in the prior quarter, according to apparel data firm StyleSage. The company sold out 17 per cent of all footwear this year, compared with 6 per cent in the fourth quarter, showing improvements in customer demand and investment in new items online. Online sales for Nike clothing show a similar trend.

E-commerce sales are now nearly a third of Nike’s total revenue a goal Nike had previously set for 2023. Nike’s first-quarter adjusted sales in China are also expected to have grown by more than 10 per cent as official lockdowns there all but ended.

Particularly in North America, sales in the global athletic footwear and apparel industry have picked up, and Nike will get a boost from the new back-to-school dynamic, said Wedbush analyst Christopher Svezia.

Portland, Oregon-based Nike is expected to post a net profit of $729 million in the most recent quarter, versus a loss of $790 million in the fourth quarter, according to Refinitiv.

To save costs and target investment online this year, the company said in July it would cut corporate jobs starting Oct. 1 and end nine major retail contracts, including deals with department store Dillard’s and Amazon.com-owned shoe retailer Zappos. Nike in July scrapped plans to open a major shoe plant in Arizona in favor of investments elsewhere.

The company has invested this year in marketing itself as a supporter of high-profile social and political movements like Black Lives Matter and Time to Vote, and launched a new maternity line and several inclusive ad campaigns.