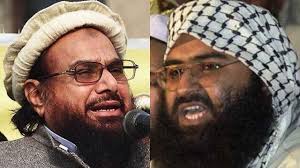 In a notable diplomatic victory for India, Masood Azhar, the chief of Pakistan-based terrorist organisation, Jaish-e-Mohammed (JeM), is likely to be listed as a global terrorist by the United Nations (UN). Indian efforts to get the JeM chief sanctioned had been frustrated for long by China. The last instance of a Chinese technical hold came on March 13 — barely a month after the dastardly terrorist attack in Pulwama claimed by JeM. The UN had named JeM in a statement condemning the Pulwama attack. But that did not make China budge on Azhar’s listing.

To be sure, the UN listing, if it happens, is a symbolic move. Even if Azhar hadn’t been listed, JeM was. Lashkar-e-Taiba (LeT) and its chief, Hafiz Saeed, are also listed under the UN 1267 resolution. These listings have done little to stop the terrorist groups from operating freely in Pakistan and mounting attacks on Indian soil. The grey-listing of Pakistan by Financial Action Task Force (FATF), an intergovernmental body that targets money laundering and terrorist financing, has been a little more effective in forcing Islamabad to take some action, albeit cosmetic, against the terrorist groups.

Pakistan’s defiance is a real problem. But India’s options are limited. First, it can undertake military actions against terrorist groups operating on Pakistani soil. The 2016 surgical strikes and the Balakot airstrikes in February this year show that New Delhi is increasingly preferring this route. By taking to military options, it hopes to increase Pakistan’s costs of using sub-conventional assets against India. But with Pakistan’s nuclear status, there is an upper limit to what India can achieve. Second, it can put diplomatic pressure on Pakistan to stop anti-India terrorist activities on its soil. The sanctions under the UN and FATF are part of this approach. However, as China’s resistance to Azhar’s listing shows, this is not an easy route either. Moreover, there is no guarantee of a result — a genuine crackdown on Azhar and JeM in Pakistan remains elusive. Three, India can try to get a global buy-in for a comprehensive convention against terrorism. The idea of a convention does hold some promise. Just like an agreement on nuclear non-proliferation, that is NPT, changed the perception of a nuclear weapons test from a prestigious activity to one inviting international condemnation, such a convention against terrorism can increase the reputational cost for countries supporting terrorism. India will need to pursue all options simultaneously.