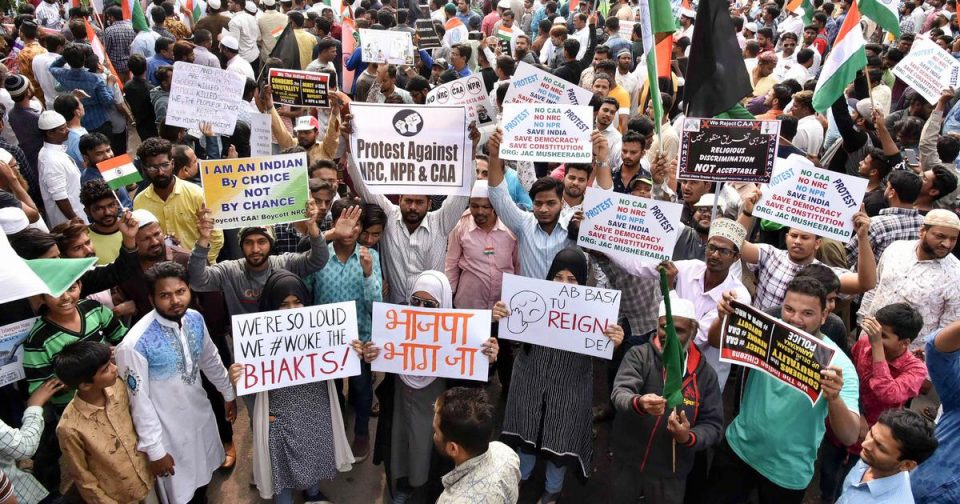 New Delhi | Tarun Gupta: Writers sometime face a dilemma where they wish to express on an issue but are restrained by this deluge of discussion and opinion around the same. For the last six weeks I have grappled with this variant of writer’s block. The subject in question has occupied public mind space comprehensively. We are all expected to have a fairly nuanced opinion on the same and yet this quandary – what is it that we can say that has not already been spoken, written and expressed on every possible platform? To be fair, one does have the benefit of hindsight, albeit with the realisation that as cogent he may attempt to be, there will be a side, discordant if not disillusioned by the writing. Professional hazard I guess!

This piece is not an effort to convince readers on either side. People have taken positions basis their sensibility, environment and expedience. Yet another write up is perhaps only hackneyed. The frequent reference in columns to concepts of constitutional morality, basic structure doctrine, judicial scrutiny and so on may seem legalese if not evoking ennui. Besides these are questions better deliberated by more erudite scholars and best answered by the competent authorities.

Let’s consider some rather fundamental issues.

A prominent columnist in a leading newspaper referred to CAA plus NRC as an exercise oscillating between the pointless to disastrous. His view shared by several others has been that this endeavour of identifying illegal immigrants is futile. These people cannot be forced out of India for no other country would accept them. They can neither be held up in detention camps due to human rights consideration. Besides, despite the legal status, they work in some capacity thereby contributing to the economy. Some more objections raised by the critics range from the gargantuan financial cost to the impracticality of carrying the NRC exercise in the Indian context. We also have thinkers who have questioned the priority of this government. They opine that in times such as these – of unprecedented slowdown, all thrust should be to boost the economy rather than divert attention to what is in their mind a divisive agenda.

Whatever side of the ideological debate you may be, the aforementioned objections come across as a classic case of dumbing down or over simplification. As laymen we understand and appreciate that every nation has different tiers of residency. One can be in a foreign land as a tourist or a student. One may even be allowed to work, do business, buy property and yet not be deemed a citizen. To become a citizen is the most evolved residential status. Therein lies the answer to the point of what is to be done with these illegal immigrants. They may not be deported or detained. They may even be allowed to work but can at least be disenfranchised. We are aware how venality in public administration resulted in several ineligible people to procure ration cards/voter cards. Over the years the cultural, political landscape and demographics of various regions have been altered as a result. The least the NRC can do is stymie the process.

We often erroneously fetishise what is doable rather than what is to be done. Every nation is entitled to maintain its register of citizens. It enhances the delivery of government services, prevents leakages in the welfare schemes and ensures that only those eligible to vote do so. If theoretically NRC is a logical exercise, should it be opposed only on account of execution challenges? How to put up a robust NRC given our financial, logistic and system constraints is the exclusive prerogative of the government. Only the state has the authority and the requisite expertise to answer the how part.

Assam NRC experience may have raised questions and that is precisely why it hasn’t been replicated in other parts. The final draft isn’t ready and till the government notifies it, any speculation is in the realm of conjecture.

Speaking of CAA, just as any other nation, India has comprehensive citizenship rules. The newly legislated amendment to the Citizenship Act provides for accelerated citizenship for a certain classification of people. The highest judicial authority alone can adjudicate upon the specifics.

Coming to the universal favourite topic – focus on the economy. Yes it should be the foremost priority. But should it be the only priority? Working on the economy and advancing an ideological social agenda need not be mutually exclusive. To say that government should concentrate on the economy and ignore everything else is akin to suggesting that it can only do one thing at a time. The state is the largest behemoth. Besides isn’t governance a specialised job in multi tasking?

Two profound learning’s of democratic polity that all civil societies will be well served to remember: “means to the end must be as pure as the end itself.” In a perfectly parallel mode, “form of protest must not shroud the substance.” It is the substance that is the warp and woof of any protest.

Yes societies must evolve as melting pot of discussion. Criticism should be free flowing, but should also be for the right reasons. As condescending as it may be, to all the dissenters and naysayers, especially the students – it might be good to be opinionated, but there are occasions when you perhaps need more information and knowledge, more education and wisdom, more maturity and experience and less opinion.

Who have escaped religious persecution, CAA is a humanitarian act that provides a future for those, Ignore lies and fear mongers.