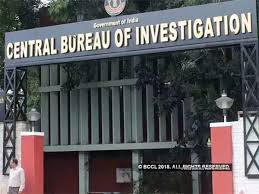 New Delhi: As many as 678 cases are under investigation by the Central Bureau of Investigation (CBI), 25 of them for more than five years, as on December 31, 2019, a latest report by the Central Vigilance Commission has said. The CBI is normally required to complete investigation of a registered case within one year.

“Completion of investigation would imply filing of charge sheets in courts wherever warranted, after receipt of sanction from the competent authority. The Commission has observed that there have been some delays in completing investigations in certain cases,” the CVC’s annual report for 2019 said.

The report was tabled in Parliament in the recently-concluded monsoon session and uploaded by the CVC on its website on Sunday.

The CVC, which exercises superintendence over CBI probe in corruption cases, cited some of the reasons for the pendency including “delay in investigation due to work overload”, “inadequacy of manpower” and “delay in obtaining responses to Letters Rogatory (LRs)” among others.

It highlighted “delay in receipt of prosecution sanction from competent authorities, etc.”, “delay in supply of departmental records by the concerned department”, “time taken in scrutiny of voluminous records, specially in economic offences and bank fraud cases” and “time spent in locating and examining witnesses living in distant places” as the other reasons for the pendency.

The Commission also expressed concerns about the slow progress of disposal of the large number of cases pending trial in different courts for long periods, at times for over twenty years.

“Such inordinate delays in investigation defeat the very purpose of efficient vigilance administration and are an impediment to the fight against corruption. The Commission has been emphasising that effective measures are required to be taken to increase the disposal of pending Prevention of Corruption (PC) Act cases under trial/appeals/revisions in order to effectively combat corruption,” it said.

The pendency of these cases has been brought to the notice of the authorities concerned with a request for such appropriate action as are possible to expedite the finalisation of such cases, the CVC said.

It said some of the reasons for delay in trials are limited number of hearings, “non-availability of witnesses”, “dilatory tactics adopted by the accused by way of filing applications for transfer of cases from one court to another court challenging the legality of investigation by CBI and court stay, etc.” and “inadequate strength of prosecution staff due to vacancies”.

I’m still learning from you, while I’m improving myself. I certainly love reading all that is written on your blog.Keep the stories coming. I loved it!