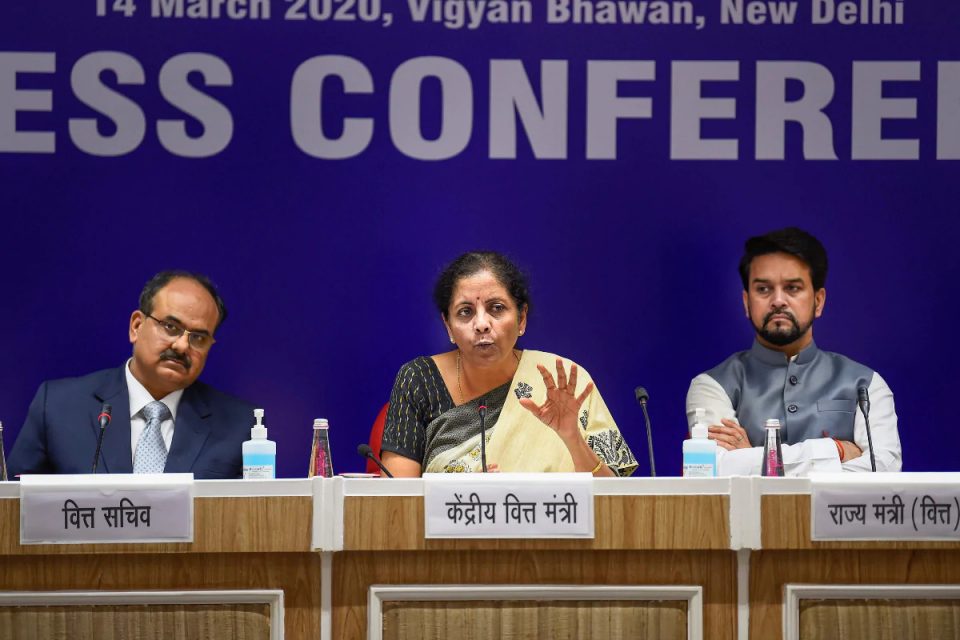 Finance Minister Nirmala Sitharaman, while commenting on the contentious farm bills, said that Narendra Tomar, Minister of Agriculture and Farmers’ Welfare, had held broad-ranging consultation with all stakeholders including the Opposition before tabling the Bills in Parliament. Sitharaman also accused the Opposition parties of doing “disservice” and asked them what part of the Act was “hurting” them.

“When the protests are going on – look also at the places where the protests are being held – what exactly are you protesting for? Which part of the Act is hurting you? Hurting the farmers, how pray? I challenge these people… ask us that one question, where we won’t be able to answer you…,” she told The Indian Express.

The Finance Minister added that she was not surprised but disappointed, given the extent to which consultations over the issue had taken place. She said the discussions were held not just with the stakeholders, but the agriculture minister had asked for the views of the MPs as well as the farmers. “Tomarji went through the whole rigour,” she added.

Sitharaman also accused the Congress party of shifting the goalpost by suggesting that the Minimum Support Price (MSP) regime and government procurement be hardwired by putting it in the Act. “Now, you put APMC dismantling in your manifesto, you didn’t say then that MSP will be hardwired… Why now?” she was quoted as saying by the publication.

On asked about the rush to clear these laws and why the Centre did not choose to re-promulgate the Ordinance and refer the Bills to a Select Committee, Sitharaman said that there is no end to the debate. “It is not in the merit of the matter,” she added.

Parliament had recently passed the Farmer’s Produce Trade and Commerce (Promotion and Facilitation) Bill, 2020, the Farmers (Empowerment and Protection) Agreement of Price Assurance and Farm Services Bill, 2020 and the Essential Commodities (Amendment) Bill, 2020, amid massive uproar from opposition parties. On Sunday, President Ram Nath Kovind gave his approval to three contentious farm bills, even as protests by opposition and farmer groups continued.

Farmers have expressed apprehension that the Centre’s farm reforms would pave the way for the dismantling of the minimum support price system and they would be at the “mercy” of big corporates. The farmers said they would continue their fight till the three farm bills were revoked. The Centre, however, defended the passage of the farm bills and accused the opposition parties including Congress of doing politics.