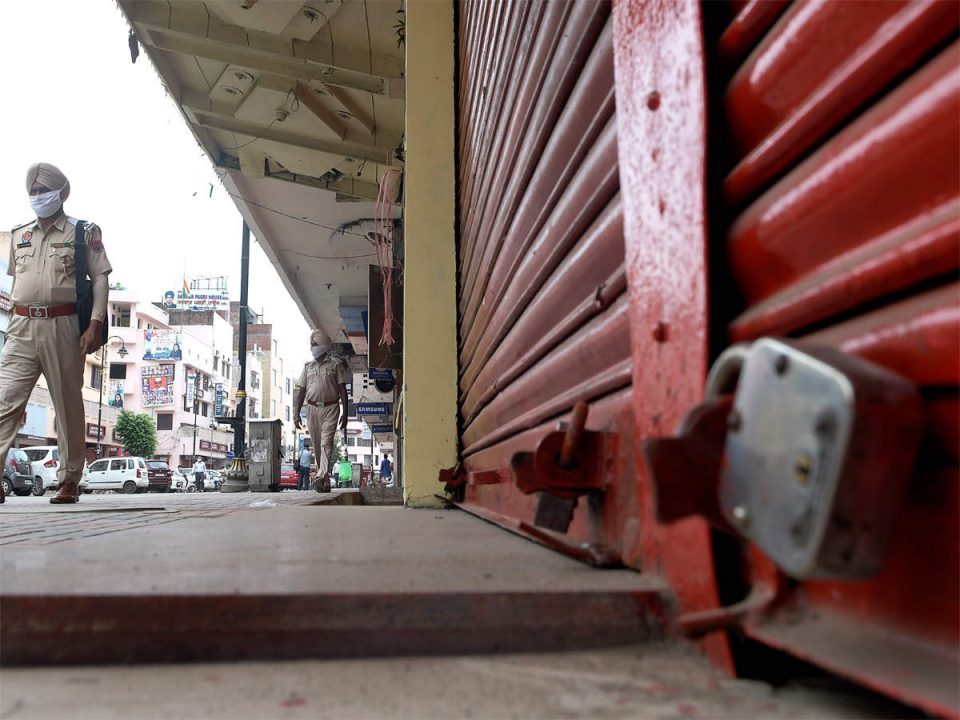 New Delhi | Bhagirath Prakash Baria: The timely and proactive response of the government of India has helped in stabilising the corona curve in times when even the developed nations are grappling hard with this pandemic. The Prime Minister of India, on 14th April 2020, declared a continuation of the earlier lockdown till 3rd May 2020. This was done to ensure that the gains of the previous lockdown are not washed away by an abrupt opening up of the nation. While the road ahead may have been smoothened in terms of the immediate effects of the pandemic, the Indian economy needs to prepare for the challenges lying ahead once India starts returning to normalcy. The domestic economic fundamentals need to be strengthened so that the shocks emanating from the possible global slowdown do not translate into a structural damage that takes a long time to heal. A host of challenges stand ahead in India’s way to a stable and healthy long-term growth path in the near future. The Lockdown 2.0 has to part its way from the first one in terms of innovative solutions that can possibly be adopted to begin the process of return to normalcy.

The first set of challenges may be understood as those that are specific to individual sectors and industries. The second set of challenges can be conceptualised as those affecting the broad macroeconomic performance of the Indian economy. Among the former, helping the domestic agricultural sector has to be the urgent-most priority. An important impact of the lockdown has been on the transportation industry that serves as the lifeline of Indian agriculture. The agricultural production of India, especially in the crop sector, is spread across vast landscapes with different regions specialising in different kinds of crops. The transportation industry, especially road transportation, needs to be allowed “supervised freedom” to ensure that the farm produce reaches its final customers without much delay. Blockage to the supply chain of agricultural produce can be costly not only in terms of the economic impact on the farmers, but also in terms of the effects it can have on larger welfare of the Indian society whose majority working population still depends on agriculture for livelihoods. The recent closures of some of the Mandis need to be relooked at, in order to ensure that private consumption of agricultural produce stays healthy and the government need not overburden its already tight fiscal space further in clearing the stocks of farm produce. Supervised transportation in terms of random audit of trucks and other transportation vehicles carrying agricultural produce, with regular sanitisation at toll collection check posts on the national highways, can be one way of ensuring safe flow of agricultural produce.

While the agricultural sector is still the lifeline of a large proportion of Indian population, the problems of the daily-wage workers who depend on urban industrial production also needs to be addressed urgently. Many migrant workers are stranded due to the earlier lockdown with many of them depending on daily incomes with very low rate of savings. Lack of income, lack of food and the uncertainty of reaching their native places may spark unnecessary unrest. The police administration is already preoccupied in dealing with the enforcement of the lockdown and such incidents of social frenzy might overburden both the administrative and the policy machineries. The very success of the lockdown may also get threatened if these migrant workers engage in mass-scale protests or any kind of mass-scale defiance. Hence, the central government in partnership with the state governments can allow supervised transportation of these stranded workers to their native places with constant sanitisation at different toll plazas, as well as before and after their entries into their native places. If plausible, every stranded worker can be checked for possible symptoms of corona infection and those that clear all check-ups can be separated from the rest so as to be shifted to their native places. While it may be risky to engage in such an exercise, concentration of these workers in large numbers for longer time period may prove to be even costlier as the infection among them can spread fast which may not be conducive to the success of the Lockdown 2.0. Once these workers are settled in their native places, testing, sanitising and treating any of them who may have caught the virus would be easier as the government can utilise the existing rural healthcare infrastructure including aggressive check-up drives at the village post offices.

Among other things, Lockdown 1.0 has shown us that a nation with less pollution is much better as a habitat for a healthier life. The constant trade-off between economic progress on one hand and the damage done to the environment through various pollutions on the other seems to have bent towards the environment this time. Pollution levels in several places that were earlier highly polluted have come down to somewhat manageable levels. This in itself can be a motivation for the government to push for eco-friendly alternatives by utilising the clean environment that people are several parts of the country are experiencing. In particular, effective marketing of solar panels in households and firms, incentivising adoption of the same, awareness campaigns on alternative energy sources and their usage in daily life, the benefits of shifting to environmentally friendlier technologies should all be undertaken during the Lockdown 2.0. This is an opportunity for the government to help Indian population realise the health, economic and other benefits that a cleaner environment can bring for everyone. Specifically, the industries that rank high on pollution can be motivated to at least partially shift to environment-friendly patterns of resource consumption before normalcy returns.

While these are some of the industry and sector specific challenges that the Lockdown 2.0 needs to address, there are important emerging issues on the macroeconomic front that need to be addressed during the extended lockdown. One of the most important pre-occupations of Indian policy makers will be to reduce the impact of the global slowdown already building its hold on the major economies across the world. Given India’s active international participation in trading of goods, services and assets, the global economic developments may have important implications for our domestic economic fundamentals.

Dealing with the possible fall in trade, both exports and imports, needs to be our priority. Already, the Indian government has begun stressing the “Make in India” campaign and an attempt is being made to undertake import substitution as per the needs of the modern times. However, the necessity to withstand the possible shock to the key Indian exporters also needs to be scrutinised at the earliest. Several of Indian industries including those in agriculture sector export considerable amount of goods. The slowdown, coupled with the blockages in the global supply chains, implies a considerable fall in the incomes of these industries. This may have an important implication for the aggregate demand and the government must actively involve the NITI Aayog in producing estimates of possible economic loss for these industries. While a stimulus package is already on the way, sector-specific and industry-oriented stimulus packages to boost the ailing aggregate demand needs to be urgently executed. The larger the lag in policy intervention, the larger will be the economic cost of the lockdown.

The macroeconomic fundamentals of the Indian economy have been broadly robust to earlier episodes of recessions such as the Great Recession of the 2008-09. However, this time around, we are witnessing an economic shock in terms a drastic fall in domestic production, incomes and expenditures. The rate of unemployment is ought to move upwards and the impact of these developments of the distribution of incomes in future would possibly be at odds with the long-term path of Indian economy. In order to combat these forthcoming challenges, not only a stimulus package, but also a rapid normalisation of some of the key manufacturing industries at the earliest should be the need of the hour. Already, the government has expressed readiness to open up some important sectors. However, only allowing selected industries to work while the larger economy remains shut down may not fully produce the intended results. Hence, a holistic strategy in which various industries can be allowed on rotation basis may be thought of. Under this model, weekly quotas of work permit can be issued to various manufacturing and even some important private service industries, so that on an average, most of the economy can begin normalisation, albeit under strict supervision and safety restrictions. Boosting aggregate demand would become easier if more and more sectors are slowly allowed to begin work, even if on rotation basis, rather than only allowing select industries.

While the road ahead is a tough one and India is fully prepared to fight the corona war, the battle on the economic front should now be recognised in its full rigour by the government. Lockdown 2.0 demands an innovative approach to the economic challenges ahead and the policy makers will withstand them much more effective by beginning the process of return to “supervised normalcy” at the earliest. The earlier we begin addressing the above highlighted challenges the better will be our chances of minimising the economic costs of the lockdown in the days to come.