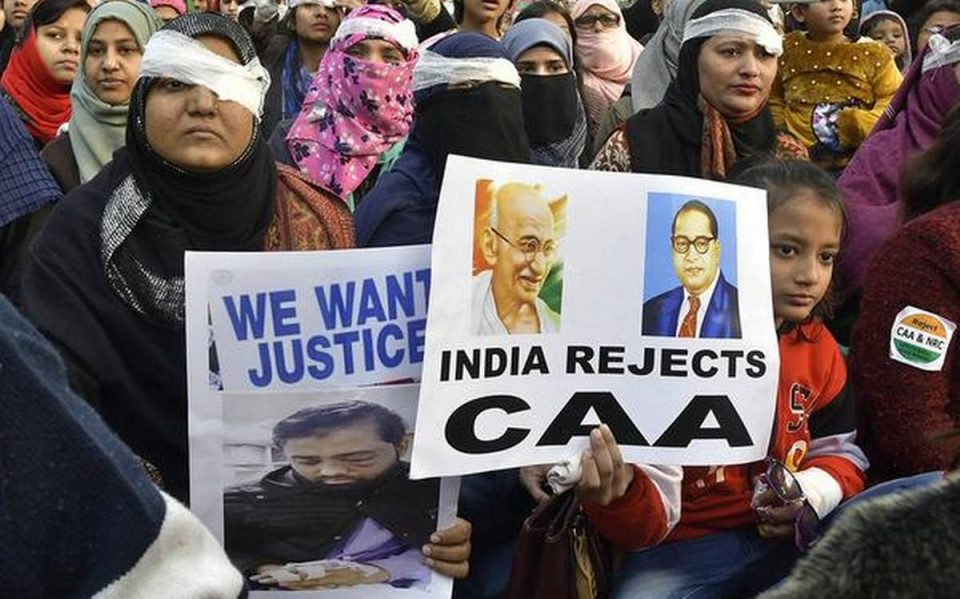 New Delhi | Rajeev Chandrasekhar: In 1947, India was created as a secular country with fundamental rights for ALL and Pakistan as an Islamic nation.

Since then Pakistani minorities like Hindus, Sikhs, Christians, Buddhists etc suffered as victims of ethnic cleansing and persecution dodging life and death every day. Minorities in India in contrast have grown and thrived despite the occasional communal tension.

Many have fled to India as only safe haven they know. For decades, they have been refugees here – with no legal status and living lives of despair and uncertainty. CAA corrects this historical wrong by bringing certainty to their futures.

The CAA does NOT impact the right of any Indian citizen – Muslim or any other. There is no discrimination – it addresses ALL religious minorities of 3 Islamic states. And to the question why not cover refugees from other countries like Sri Lanka, Nepal, Burma etc – the answer is that these are not countries with prescribed state religion, like the 3 countries the CAA covers.

The Congress in particular has run a vicious and dangerous propaganda of this Bill being Anti-Muslim and discriminatory – in its efforts to appear pro-Muslim even when based on complete political lies. The hollowness of these allegations becomes obvious if tested a little bit, with a basic reading of the CAA.

Sanitation woes: Need to develop the culture of cleanliness as society..

Unsurprisingly, in what has become normal for Congress, its current position is a shameless U-turn to its position in 1943 of seeking citizenship for “Non-Muslim” refugees and more recently in 2003, when then PM Dr Manmohan Singh pressed for similar citizenship for religious refugees from Pakistan, Bangladesh and Afghanistan. But it continues its lies and fear mongering without any regard to social chasms it creates in its wake.

Most telling was that Congress leaderships response to the CAA was identical to that of Pakistan’s Imran Khan.

Some questions arise in some, out of a genuine humanitarian concern for Muslim refugees. To be clear, this bill does NOT create any exclusions. Law for those seeking citizenship remain unaltered and can continue to use existing naturalization process, prescribed under citizenship act.

Is CAA linked to NRC or NPR?

CAA has nothing to do with NRC or NPR. It is simply about fast tracking citizenship to persecuted minorities from neighbouring countries. These are people are who have fled and staying in refugee camps for decades and generations. The CAA secures the future of these refugees who have arrived in India on or before Dec 2014 by making them citizens of India.

Why would anyone oppose this humanitarian gesture for who have suffered so much for so long? They can’t go anywhere now from India or be sent back. They will not be accepted by China, USA, Thailand, Singapore etc and therefore, they have only one safe haven in India. It is a humanitarian issue that cannot be opposed by any right-thinking man or woman.

About NRC, Prime Minister has spoken clearly – that apart from Supreme Court initiated and overseen Assam NRC, there is no proposal approved by Govt of India. If proposed it will be discussed, debated and will be non-exclusionary of all Indian citizens.

The fear mongering around NRC and its fake linkage to CAA – was deliberate – designed to create fear and distrust amongst Muslims – a community that has been served sincerely by Narendra Modi government in all its programs same as all Indian citizens.

Illegal immigration needs to be discussed and debated, needs to be seen through its cultural, economic, security consequences and not just through humanitarian prism alone

Over last 7 decades, illegal immigration has being allowed to grow unfettered into a huge problem to India – in terms of its deleterious effects on public finances, electoral demographics and national security. It has destroyed large swathes of indigenous culture and communities in our border states. For decades Political leaders in Congress have played political football with this issue and used it to their narrow vote-bank politics.

NRC was proposed in 2010 by Congress Home Minister P. Chidambaram, with objectives to tackle illegal immigration – which remains valid today and unaddressed – even if Congress has compromised its position as a surrender to its vote-bank politics.

Illegal immigration hurts poor Indians most – creating deep problems for them including being crowded out of basic Health and Education. It disrupts Government finances and taxpayers and while we can’t fix all the problems of past 70 years as people of Assam and Northeast have experienced, we can at least build a stronger future.

But why are some protesting?

As a senior journalist said to me recently- much of protests have little to do with CAA. Apart from Left liberals threatened by rise of Narendra Modi and who oppose him mindlessly, violence is being stoked by those who have thrived off vote bank politics, keeping minorities scared and illegal immigrants – for decades and would like to continue to do so.

Prime Minister Narendra Modi record on development and eradicating corruption has benefited every Indian. His govt has served ALL without discrimination. It’s time that Indian Muslims reject decades of fear mongering and distrust unleashed within their community by vested interests. Narendra Modi govt will deliver prosperity and a solid future to them as to every Indian citizen. My appeal to those protesting – Reject liars and fear mongers, make them irrelevant. Indians join together to support Narendra Modi vision of strong, united, prosperous India for ALL Indians.