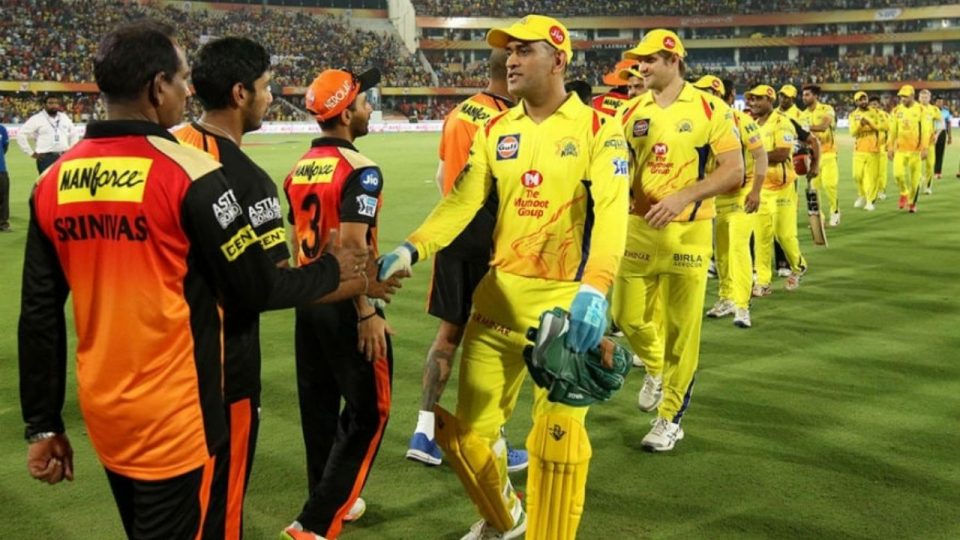 PL 2020, CSK vs SRH: Chennai Super Kings are currently last in the IPL 2020 Points Table while SunRisers Hyderabad are second from bottom.

Chennai Super Kings (CSK) and SunRisers Hyderabad (SRH) — two former IPL champions — are currently placed last and second last, respectively, in the IPL 2020 Points Table. Both teams have played three matches each, winning just one and losing two. While CSK have lost their two previous matches after winning the IPL 2020 opener, SRH won their previous encounter against Delhi Capitals to register their maiden victory. Both teams will be eager to notch wins and gain some momentum going forward but will need their big names to come to the party.

Faf du Plessis: The South African veteran has been the standout for CSK so far in the tournament. He is currently third in the list of top run-getters this season, with 173 runs, averaging 86.50 and striking at 149.13. Du Plessis has two half-centuries to his name this season and CSK will be hoping his form continues.

Ambati Rayudu: CSK have missed the right-hander dearly with other big names in the team failing to get going. Rayudu was unavailable for the previous two matches, which CSK lost. He hit a fine 71 in match against defending champions Mumbai Indians, and without him the batting has looked average. Him returning to fitness is a welcome sign for the Chennai-based franchise.

Sam Curran: The Englishman has the been the best bowler for CSK so far, taking five wickets in the three matches played so far. His economy rate too has been on the manageable side — 7.33. While the rest of the bowlers in the CSK camp have gone for plenty, Curran has not only got the job done with the ball but has also made an impact with the bat in hand.

Jonny Bairstow: The England star has been head and shoulders above the rest of the SunRisers Hyderabad batsmen. He has scored 119 runs in three matches at an average of 39.66 and a strike-rate of 117.82. Bairstow has already hit two half-centuries despite not being at his destructive best.

Kane Williamson: The biggest boost for SRH this season came when the New Zealand captain was named in the team for the match against Delhi Capitals. Williamson didn’t play the first two matches and his absence was felt with the middle-order looking lost. In his first game this season, the New Zealander made an instant impact, smashing 41 off just 26 balls, helping SRH post 162/4 on the board, a winning total.

Rashid Khan: After a sedate start to IPL 2020, the Afghanistan sensation seems to be back to his best, much to the delight of the team and their fans. Rashid Khan was nothing short of brilliant in the game against DC, taking three wickets and giving away just 14 runs off his four overs. He bowled an incredible 13 dot balls in the match, stifling the DC batsmen. SRH need Rashid to shine and will hope he only gets better from here on out.

Next month, Devotees can witness devotional worship at Ram Janambhoomi