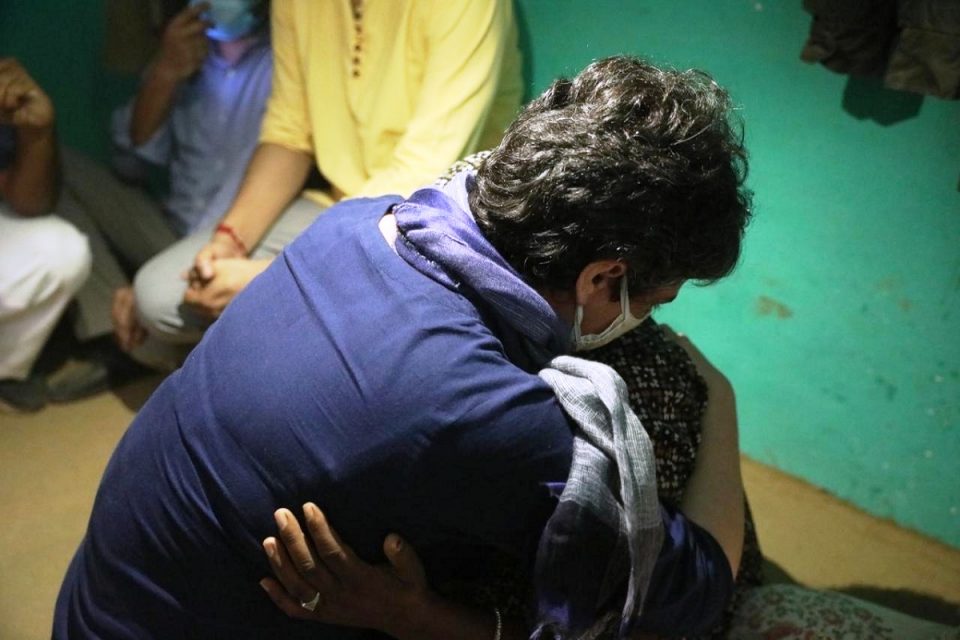 Amid outrage over Hathras gangrape and murder case, Congress leader Rahul Gandhi and Priyanka Gandhi Vadra on Saturday were allowed to go to Hathras to meet gangrape victim’s family. It was a second attempt by top Congress leaders to visit Hathras.

The outrage over Hathras gangrape and murder case of a 19-year-old girl is getting more intense day by day as protests, anger against Uttar Pradesh administraton over handling the case has been questioned by activists and opposition. The Hathras town, where the 19-year-old girl went through a brutal horror has been turned into a fortress amid presence of heavy police force. Meanwhile, opposition and activists have been slamming the Yogi government over the hurried cremation of the gangrape victim.

What is Hathras gangrape and murder case?

According to the family, the woman was gangraped in a brutal assault on September 14 that left her with severe injuries. She died at Delhi’s Safdarjung hospital on Tuesday. What followed next only fueled the matter and raised doubts over the role of the police. The girl was cremated in the middle of the night with family members claiming that police ignored their pleas to bring the body home one last time.

Action so far on Hathras case

Amid a nationwide outrage, the Uttar Pradesh government on Friday suspended the Hathras SP and four other police officers over their handling of the gangrape-murder case. Also, a Special Investigation Team (SIT) has been appointed to probe the case.