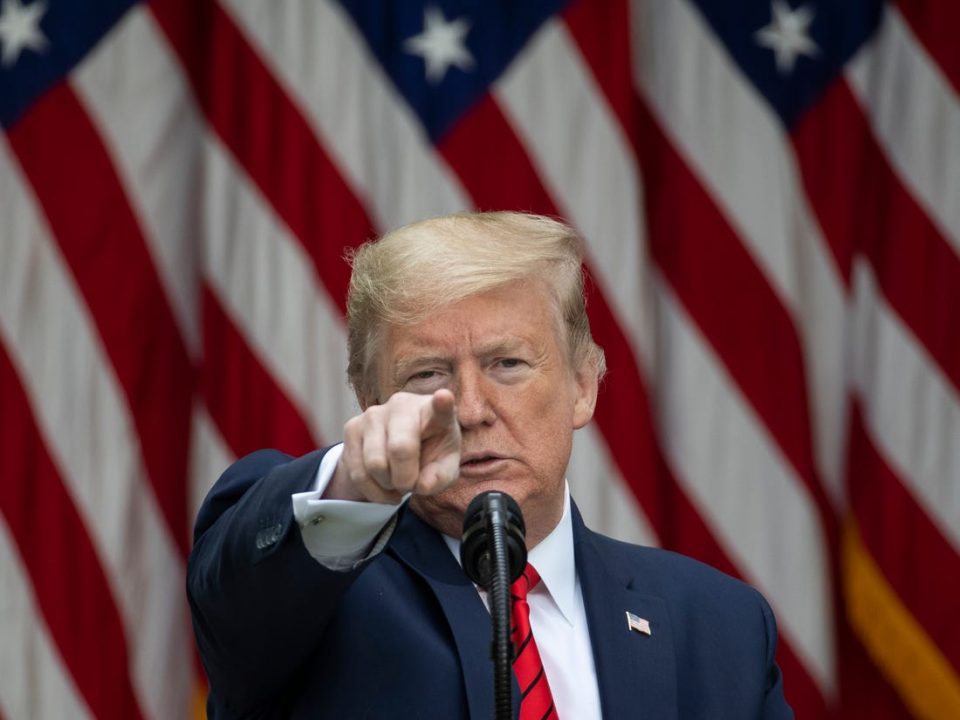 In Trump’s America, dog whistles have become bull horns. Those groups that wish to preempt a dystopia have a huge task ahead of them. How Trump’s illness will affect the emerging lines of the political battle is unpredictable at this stage.

The term “dystopia” is often overused. But, given what is happening in the US, it can legitimately be deployed for the upcoming presidential election. We are witnessing the makings of a disaster in the world’s oldest democracy, and perhaps nothing less than a frontal assault on the democratic process itself.

After cavalier defiance for months, President Donald Trump has tested positive for COVID-19. The electoral implications of this development are entirely unclear. The political logic of what he was doing thus far, however, is evident and can be analysed.

On November 3, the night of the election day, it is quite possible that Trump will be ahead of Joe Biden and will also claim victory. But days later, it is equally likely that Biden will be the winner. Why?

Surveys show that taking the pandemic seriously, most Democrats wish to vote by mail, whereas led by Trump, most Republicans, trying to prove that the virus is not a serious matter, will vote in person. Trump’s COVID-19 infection may not alter this logic much. Counting of mail-in ballots will take time, for their authenticity requires official verification. That is why what happens on November 3 and the final results might seriously diverge.

In most democracies, this would simply not be an issue. Independent national election commissions, as the one in India, would first count all ballots and then announce results. Remarkably, there is no national election commission in the US. State-level officials certify elections in their respective states. These officials are not independent. Being part of state governments, they are partisan.

Notably, different states have different rules for voting and counting. Some have allowed mail-in voting for long years, and for some, mass voting by mail, made necessary by COVID-19, is a relatively new game in town. Moreover, some states allow early voting, and hundreds of thousands, if not more, have already voted. Counting rules also differ. Michigan, where roughly 3 million out of 5 million voters are voting by mail, forbids the start of vote-counting until 7 am on the final voting day. In contrast, some states can not only start counting votes earlier, but also allow mailed ballots to arrive after the election day.

This state-level cornucopia has always mystified foreigners, as well as the Americans themselves. Samuel Huntington, a leading post-1945 American political scientist, called America a “Tudor polity”, referring to the 16th-century English political institutions, which were imported in the US but never fully modernised. In contrast, in Britain and also on the Continent, the late medieval or early modern institutions were rationalised by the 19th century. In 1968, Huntington wrote that America had a “political system which remains as baffling to understand as it is impossible to duplicate”.

While these underlying features of American polity have existed for a long time, the threat of their perilous usage comes entirely from Trump today. Assuming that most Democrats would vote by mail and most Republicans in person, he has relentlessly argued that mail-in ballots would lead to a fraudulent election. His own FBI director has testified under oath that mail-in votes have historically witnessed no great fraud. But Trump would rather have mailed ballots declared invalid than believe the historical evidence.

Trump is behind in all popular polls thus far, including those conducted by Fox News, whose admiration for Trump only grows further as he defies norms and evidence more fervently. Since presidential elections in the US are not decided by popular vote but by an electoral college, another political peculiarity, the real question is whether Trump can win the so-called battleground, or swing, states. These are states that are not reliably Republican or Democratic, and can flip to either side. In this election, there are at least nine swing states and depending on how much you believe the pollsters, the number could rise to 11 or 13.

The attitude of governors, or legislatures, in these states — depending on which arm of the government is authorised by state laws to have greater say in awarding the state to a presidential candidate — thus becomes critical. Will they go with Trump, accepting his arguments about mail-in fraud, or with Biden, embracing mail-in ballots as legitimate?

Whichever way these states go, their decisions will likely be challenged in the Supreme Court, which might end up having the last word on who the victor is. The US Supreme Court currently has one vacancy, which Trump is trying to fill with a conservative nominee, openly saying that to win the election, he might need her. Of course, judges nominated by Trump and approved by a Republican-majority Senate may not decide in favour of Trump, but their ideological stances, if not outright personal loyalty, could well serve Trump’s electoral purpose. In other words, due to the institutional oddities of a Tudor polity, Trump could actually win an election he lost.

As if this is not befuddling enough, one more political twist has come into sharp focus. America has a history of voter suppression, a phenomenon most observers of established democracies find incomprehensible today. After the 1870s, Democrats in the South used to suppress Republican-leaning Black vote. Today, it is Republicans who do so, targeting Democrat-leaning minorities in the states they govern. One such method of voter suppression, among several, is making voting ID requirements tougher, which differentially excludes poorer Blacks and Hispanics. Another is simply the threat of violence by White supremacist vigilante groups. The Ku Klux Klan used to do it historically. Today, there are many such groups.

Among the most alarming parts of the first presidential debate, held on September 29, was Trump’s refusal to denounce White vigilantism. Indeed, he effectively asked such groups to watch polls in areas where the vote against him will be massive. Vigilante violence might also be deployed after the election, if it is contested. Trump has heavily critiqued left-wing violence since the summer protests began, but has never spoken a word against right-wing violence, sometimes calling it wholly unavoidable.

In Trump’s America, dog whistles have become bull horns. Those groups that wish to preempt a dystopia have a huge task ahead of them. How Trump’s illness will affect the emerging lines of the political battle is unpredictable at this stage.

FIR has been registered against Rahul, Priyanka, 200 other Congress workers in Noida