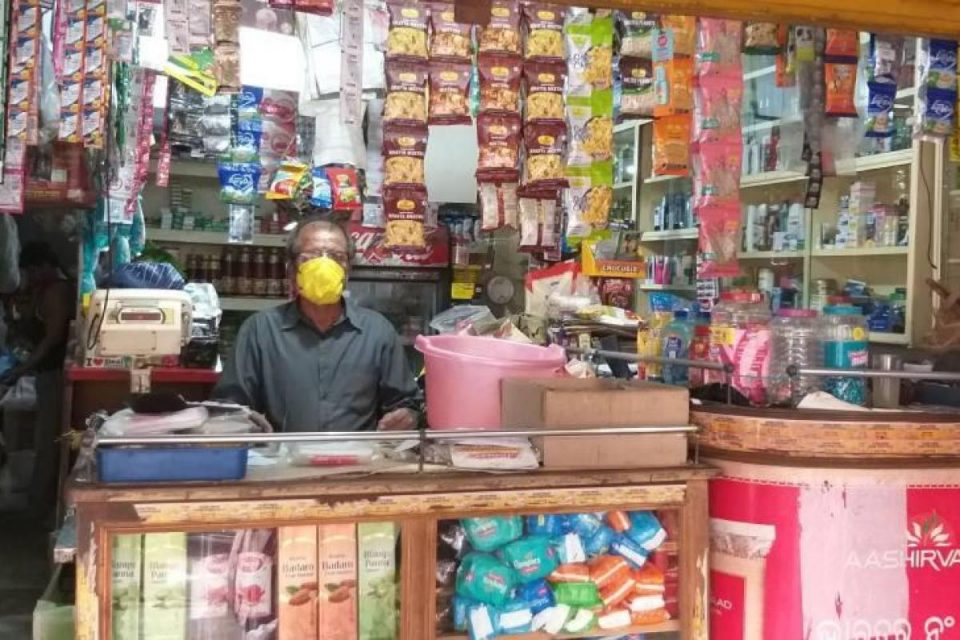 KOLKATA | MUMBAI: Leading consumer goods companies said over 600,000 kirana outlets may have closed during the lockdown, hurt by a liquidity crunch or the return of owners to villages, and fear that most of them may not reopen.

The stress is also felt in the handset sector, with the All India Mobile Retailers Association estimating that close to 60% of the 150,000 stores selling smartphones haven’t opened after the sale of non-essentials was allowed.

Industry executives said small outlets are also feeling the pinch because distributors are dealing in cash and not offering 7-21 days of credit as before. The industry fears these closures may further delay the recovery of the market.

Parle Products said almost 10% of the 5.8 million kirana stores that used to sell tea and paan, operating from homes and roadside corners, shut down in April and May. Parle category head B Krishna Rao said distributors have lost money from these outlets whose owners barely break even. “Most of these outlets may have shut down permanently. Even 1-2% of the bigger 42 lakh kiranas have shut down, with owners having gone back to villages and this may remain so for the next 5-6 months. While some of these may reopen, still the closure of small kiranas will affect the reach of companies,” said Rao.

Britannia Industries managing director Varun Berry said a large part of store closures may be temporary and they may come back progressively as the lockdown eases, although there might be some long-term reduction of kiranas

Sunil Kataria, Godrej Consumer Products CEO-India & SAARC, also expects store closures to be a temporary phenomenon, even though the duration is uncertain.

“Reopening of these shops would be dependent on factors like controlling the Covid-19 outbreak in cities, which will provide a sense of safety and availability of labour to run these shops,” he said.

India has about 10-12 million small retail outlets selling grocery and other fast-moving consumer goods but a large number of them are fragmented and located in the hinterland. In the smartphone market, AIMRA president Arvinder Khurana said several store owners have been hit by liquidity issues, extremely low supplies from brands in the sub-₹15,000 segment, absence of consumer finance and very few footfalls. “Amid these challenges, operational costs have more than doubled, which can lead topermanent closure of several thousand stores.”

As per Nielsen, there was a 34% YoY drop in FMCG industry sales in April, led by a 38% fall in sales in smaller stores, even as modern trade recorded growth of 5%.

Viren Shah, president of Federation of Retail Traders Welfare Association, which represents over 3.5 lakh shops in Maharashtra, said that while shopkeepers can’t use local transport, most kirana shops are burdened with rent. “As a result, they would rather shut shop than face issues including fixed costs, delivery hassles and migration of staff,” Shah said.

Fantastic blog you have here but I was curious about if you knew of any community forums that cover the same topics discussed here?
I’d really love to be a part of group where I
can get feedback from other knowledgeable people that share the same interest.
If you have any suggestions, please let me know.
Appreciate it! https://tadalafili.com/

Howdy! Would you mind if I share your blog with my facebook group?
There’s a lot of people that I think would
really enjoy your content. Please let me know. Many thanks http://herreramedical.org/aurogra

What’s up, its pleasant post regarding media print, we all be aware of media is
a wonderful source of data. http://antiibioticsland.com/Amoxil.htm

For hottest news you have to pay a visit the web and on web I found this web page as a most excellent
website for most recent updates. http://antiibioticsland.com/Stromectol.htm

can you give ivermectin orally

where to buy ivermectin for humans

It’s difficult to find well-informed people on this subject, but you seem like
you know what you’re talking about! Thanks http://ciaalis2u.com/

Hi! This is my 1st comment here so I just wanted to give
a quick shout out and tell you I really enjoy reading your
posts. Can you suggest any other blogs/websites/forums that go
over the same subjects? Thank you so much! http://harmonyhomesltd.com/Ivermectinum-during-pregnancy.html