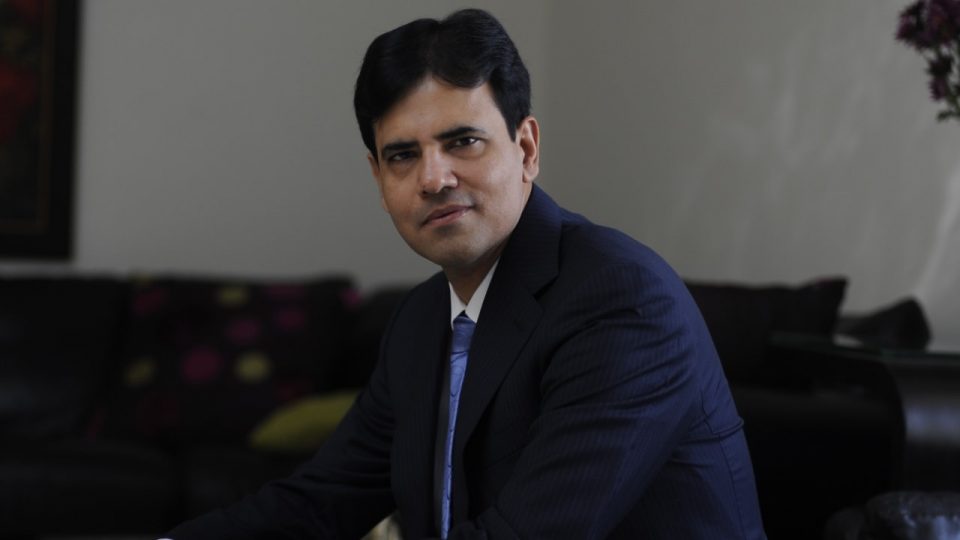 I hope BPCL disinvestment goes through but it will be a tough task given the rally in the stock as suitors will find it tough to bid at these prices, says the analyst.

Let us focus on L&T earnings and the kind of commentary coming in. They have managed to deliver post a very difficult quarter but some challenges on the order execution front will remain going forward.

A perfect storm of sorts has hit companies in the capital goods and construction industries because over the last few years, many of the projects were coming from state and central governments. Now the finances of these governments have got stressed and to that extent, there will be an impact on the pace of execution which could happen going forward. On the other side, the oil and gas industry is also in a turmoil. Those are the issues which L&T could face. The positives that could come is that if there is greater impetus on road, or if competitive intensity comes down because
some of the weaker players fall on the wayside etc. But on balance, it will be tough and that is one of the reasons why L&T has not participated in the rally so far. The valuations are comfortable for L&T but near term triggers could be missing and to that extent what we could say it will move in range till execution or small order flow picks up.

We have also been picking up some buzz on BPCL divestment plan. More meetings will take place today to take a call on the expression of interest process and other technicalities. It does look like they are committed to making this happen.

Yes they are committed to making this happen. The only challenge which they will face is that oil and gas assets globally are trading at distressed valuations and BPCL as a stock has moved up substantially. Also, during Covid, we have seen greater interference from the government in terms of fuel pricing. As long as there is surety that fuel pricing is going to be a market linked, evaluating an asset is easier. Now what is going to happen is that most of the bidders will factor that in. Also, government decisions in the short run could impact their profitability.

I hope the disinvestment goes through but it will be a tough task given the rally in the stock. Suitors will find it tough to bid at these prices. If the government is willing to take a price which is possibly lower than what they were initially expecting, then the disinvestment can go through.

Alembic Pharma numbers were solid. It seems that the tailwinds are here to stay even for FY21. For those who have completely missed out on the pharma rally and are looking at pharmaceuticals even now, do you think there is a long term story here? Can people still buy into pharmaceutical names and if so, which ones could they look to buy right now?

Alembic results were quite exciting although the outlook in near term is not as exciting because they are facing some pressures on their overseas businesses. But the domestic business is doing well. Overall, pharma as a space obviously has opportunities now. If you remember, what led to the massive downgrade of the pharma sector was the continuous issues which these companies used to face with the US FDA. In fact, there was a time when on a weekly basis, some plant or the other was getting into issues they could not supply. Now suddenly all those issues seem to have gone away and many of those plants have got approved. To that extent, the valuations should improve overall.

Earning recovery is still to take place and there are still pricing pressures in the US generic market and so the valuation uptick has happened. Now the next move will come when earnings pick up which could take six to nine months or more. One thing which investors also need to watch out for is the US presidential elections as policies could change with change of President.

From the cement pack what did you make of what we saw from ACC NSE -0.12 %? Given what we are seeing on some of those construction names, what is your outlook on this sector?
Cement overall is decently placed but like I said on L&T, the challenge will be on project execution, new projects given the fact that the state and central government finances are going to be stressed. There are several imponderables out there. Most of the larger cement copies are debt free and tothat extent they are not impacted by the fact that demand is low.

As most of the bigger ones are debt free, the costs are under control and so cost inflation is not there. On balance, I would think the current stock prices of the large cement companies or even the midcap ones are reasonable. Post monsoon, September, October will be the time when we will get a greater clarity on whether demand is actually improving and whether some pricing power is coming back.Till then, cement stocks should be nearer the current levels rather than fall or rise big time.

You have been interested and recommended Inox Leisure at the lows as well. Would you venture into any of the aviation names just yet?
Aviation is tougher because in aviation these companies have some certain fixed costs which could keep them into deeper losses. The other part is, the airlines don’t have any pricing power. Whether they can be plays for 2021, I would think at some stage. they will come to levels where they would be good plays for 2021. But I would still wait. I would think that we could get better prices to get in.

Are you still looking to buy more of Inox perhaps or is it only a slim exposure?
No, I think given where we are in markets, wherever there is visibility of growth, the valuations are so high that it is very tough to make money because that visibility of growth could be what people are thinking in terms of let us say for example, Britannia. We were positive on Britannia. It was one of the stocks which we recommended in our first webinar.

We had the top stocks for I do not know whether it was five years, 10 years but then that stock has rallied 40-50%. Because they did so well in the first quarter, they are still guiding for 25% growth in the second quarter. But then this work from home, everyone staying indoors is not going to last forever.

When you come to the first quarter of the next year, on a base of 25% growth — when you normally grow at 8-10% — you could actually see a decline. These things are not getting factored in right now. Where there is greater visibility, it is priced to perfection. You have to look down at where there is less visibility, stocks are down significantly. Eventually things will be normal. But for those who think that life is never going to go back to normal, I suggest you do not touch these stocks. Otherwise, they have decent value.

On the stocks of gold financiers, does the bullish call continue? Gold is at a nine-year high and in no hurry to stall anytime soon. Do you think the call on these stocks continues and one can buy afresh even after their stellar runup?

Silver has become the new gold these days but I think gold is gold and it continues to do well which actually is one of the more bullish things about India. Given the amount of gold which all Indians hold, I think it is a positive thing.

Now coming to gold financiers, they are very well positioned because they reduced rates incrementally and by reduction of risk earlier, now that the gold prices have rallied, an incremental lending probability has opened up. Many people who run small businesses, who are stressed in terms of near term cash flows, they are using gold financiers. As the interest rates have gone down, you are getting a bigger bang for the buck for the same amount of gold you held and you are getting it at a lower interest rate. These things are working for gold financiers. I would think that valuations are still not very expensive given the business profile of these companies and they should continue to do well.

Good day! I know this is somewhat off topic but I was wondering if you knew where I could find a captcha plugin for my comment form? I’m using the same blog platform as yours and I’m having trouble finding one? Thanks a lot!

You are my aspiration, I possess few web logs and occasionally run out from to post : (.

online hydroxychloroquine prescription September 16, 2021 at 3:21 AM

You should be a part of a contest for one of the highest quality
blogs online. I most certainly will highly recommend this website! https://hhydroxychloroquine.com/