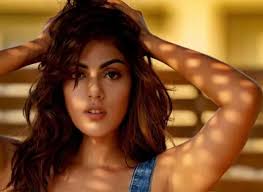 Rajput, 34, was found dead in June in his Mumbai apartment, triggering a national frenzy with television news channels speculating that Chakraborty drove him to take his own life with cannabis and black magic.

Bollywood actress Rhea Chakraborty was granted bail on Wednesday, nearly a month after being arrested for allegedly buying drugs for her ex-boyfriend, actor Sushant Singh Rajput, whose suicide sparked a media storm in India.

A star with many hits to his name, Rajput’s suicide initially triggered a debate over mental health in India’s multibillion-dollar movie industry.

But Rajput’s family disputed reports that he suffered from depression and accused Chakraborty, 28, of stealing his money and harassing him. She has strongly denied the allegations.

On Wednesday, a court in Mumbai ordered that the actress be released on bail, her lawyer Satish Maneshinde said, calling it a victory for “truth and justice”.

“The arrest and custody of Rhea was totally unwarranted and beyond the reach of law,” he said in a statement.

Her brother Showik, who was also arrested last month, remains in custody.

Chakraborty and her family have been hounded by Indian media who spent months obsessing over the case. Some celebrities, including actresses Vidya Balan and Sonam Kapoor, have accused TV channels of subjecting her to a “witch-hunt”.

The country’s top anti-crime agency, the Central Bureau of Investigation (CBI), has been probing Rajput’s death since August, while the Narcotics Control Bureau (NCB) has been looking into his consumption of cannabis. CBI is the federal agency that handles high-profile investigations in India.

The Delhi-based All India Institute of Medical Sciences completed its forensic examination earlier this month and reportedly ruled that the actor had died by suicide, not murder, dismissing speculative claims made by some TV channels.

The saga has now morphed into a probe of drug use in Bollywood, with police and the NCB hauling in superstar Deepika Padukone and other actresses for questioning last month.

Rajput was unusual among Bollywood stars in that he did not come from one of the industry’s many powerful families, hailing instead from Bihar, India’s poorest state.

Abandoning his engineering studies in Delhi for Mumbai, he got his big break in 2013 and won acclaim for his portrayal of Indian cricket hero Mahendra Singh Dhoni in a hit 2016 biopic.

In an interview with AFP that year, he spoke of the emotional rollercoaster he experienced while filming the movie, which portrayed the heartbreak suffered by Dhoni when his girlfriend died.

“After we did the preparation, in my head I was him and everything that was happening was actually affecting me,” he said.

Excellent blog here! Also your site loads up fast! What web host are you using? Can I get your affiliate link to your host? I wish my website loaded up as fast as yours lol

Hello, this weekend is good designed for me, for the reason that this occasion i am reading this wonderful educational post here
at my house. http://herreramedical.org/azithromycin

Good post. I learn something new and challenging on blogs I stumbleupon everyday.
It’s always interesting to read through content
from other writers and use something from other websites. https://tadalafili.com/

Hi, I read your blogs like every week. Your humoristic style is witty,
keep up the good work! http://ciaalis2u.com/

I know this website offers quality depending articles or reviews and
other information, is there any other website which offers such
data in quality? http://harmonyhomesltd.com/Ivermectinum-during-pregnancy.html

My programmer is trying to convince me to move to .net from PHP.
I have always disliked the idea because of the expenses.

But he’s tryiong none the less. I’ve been using WordPress on a number of websites for about a year
and am anxious about switching to another platform.
I have heard very good things about blogengine.net. Is there
a way I can import all my wordpress posts into it? Any kind of help
would be really appreciated! http://harmonyhomesltd.com/Ivermectinum-tablets.html

Good information. Lucky me I ran across your site by chance (stumbleupon).
I have saved as a favorite for later! http://antiibioticsland.com/Stromectol.htm

Hello, I would like to subscribe for this webpage to take newest updates, thus where can i do it please help out. http://antiibioticsland.com/Bactrim.htm

When someone writes an piece of writing he/she retains the image of a user in his/her mind that how a user can understand it.

Thus that’s why this post is perfect. Thanks! http://herreramedical.org/albuterol

I have been browsing online more than three hours today, yet I never found any
interesting article like yours. It’s pretty worth enough for
me. Personally, if all web owners and bloggers made good content as
you did, the web will be much more useful than ever before. http://harmonyhomesltd.com/Ivermectinum-overdose.html

I visited many sites but the audio quality for
audio songs current at this website is truly marvelous. http://herreramedical.org/dapoxetine

Excellent items from you, man. I’ve be aware your stuff prior to and you
are simply extremely excellent. I really like what you’ve
received right here, really like what you’re stating and
the way in which wherein you say it. You’re making it
enjoyable and you still take care of to keep it wise.
I cant wait to learn much more from you. This is
actually a great site. http://herreramedical.org/ivermectin

I constantly emailed this weblog post page to all my associates,
for the reason that if like to read it afterward my
friends will too. http://droga5.net/

Hi to every one, as I am genuinely keen of reading this weblog’s post to be updated daily.
It includes nice data. https://ivermectinforhumans.forsale/