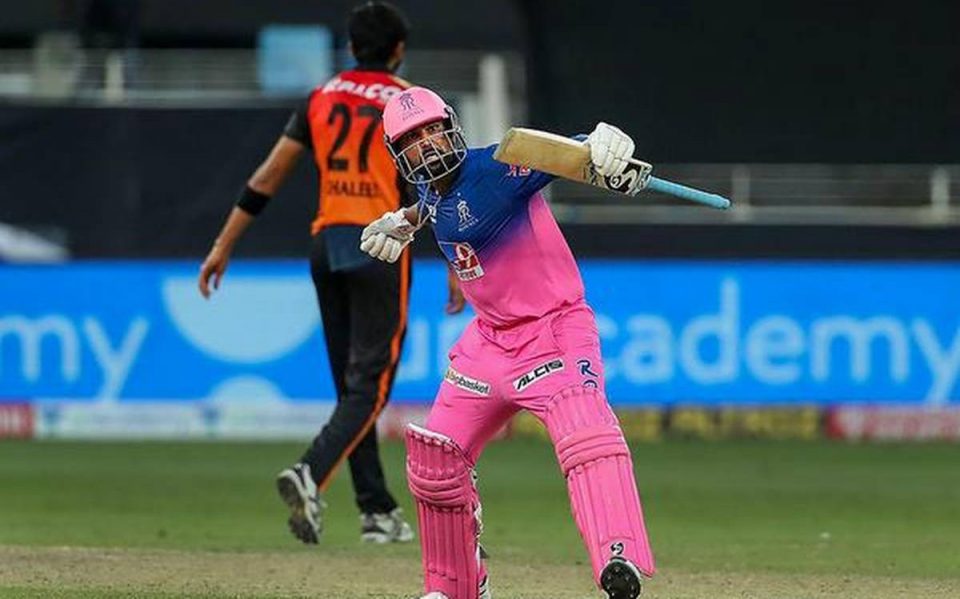 Rahul Tewatia and Riyan Parag helped RR snatch victory from the jaws of defeat, smashing more than 60 runs in the death overs to get them over the line after a top order collapse left them tottering.

SunRisers Hyderabad (SRH) captain David Warner admitted that the team got its decisions wrong in the death overs during their match against Rajasthan Royals (RR) on Sunday at the Dubai International Stadium. Rahul Tewatia and Riyan Parag helped RR snatch victory from the jaws of defeat, smashing more than 60 runs in the death overs to get them over the line after a top order collapse left them tottering.

“I think that (pitches slowing down) sort of suits our bowling attack… tonight, some of our decisions at the top of the mark just weren’t there and we probably bowled the wrong ball at times,” said Warner after the match.

“There are a lot of positives from this game for us and we will take that on into the next game. As these wickets get tired out, we need to plan how to approach the first six overs and through the middle and then obviously assess our bowling.”

One of the bowlers sent to all corners of the park was SRH’s star spinner Rashid Khan, who was hit for three consecutive fours by Tewatia in the 18th over. “We have done it in the past where we have held him (Rashid Khan) back and obviously these two guys (Parag and Tewatia) played exceptionally well and obviously there was a dropped chance out there which we try to take every day of the week but that’s what happens in the game of cricket,” said Warner.

“We got two guys that are set and taking it deep, it’s always hard to control. It’s good to see good battle out there, credit to the way he (Tewatia) played. He came out and played his shots and played very brave and got his team across the line.”

SRH’s next match is against the struggling three-time champions Chennai Super Kings on Tuesday in Dubai.