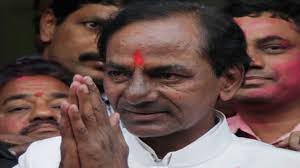 Congress leaders claim that K. Chandrasekhar Rao was only waiting for a chance to reject the plan so that he can indulge in rabble rousing against the Congress to garner votes

Chandrasekhar Rao realises that the process of marginalising him is well and truly on.

The brief honeymoon that took place between the Congress and the Telangana Rashtra Samiti is now over. K Chandrasekhar Rao of the TRS has reverted to what his critics believe is his favourite pastime – declaring Telangana Bandh. Yes, the region will be closed on Thursday, the day the Union cabinet will, according to KCR’s sources, decide to carve out a separate state of Rayala Telangana.

“Our young boys did not commit suicide for Rayala Telangana. Who asked for it? We did not,” said an indignant KCR. On the face of it, a logical argument. Give us only what we asked for, goes the reasonable-sounding plea. Nothing more, nothing less.

But there is a lot to read into KCR jumping the gun, even before Delhi had revealed its cards. Congress leaders claim that KCR was only waiting for a chance to reject the plan so that he can indulge in rabble rousing against the Congress to garner votes.

The TRS supremo also has clearly realised that the Congress has decided to do what it wants to do, without a care for what he thinks and wants. Party sources admit that no one of any significance from the Congress leadership has been in touch with KCR in the last four months. The Congress has been more keen to firefight in its own house and to ensure that only its Telangana leaders walk away with all the credit for the formation of the state.

The cunning politician that he is, KCR realises that the process of marginalising him is well and truly on. Which is why he has decided that ‘my way or the highway’ is the best way to be. Refusing to compromise either on size of the state or the status of Hyderabad, KCR has shifted gears back into agitation mode, hoping other votaries of bifurcation will share his enthusiasm for street sloganeering.

What KCR perhaps does not realise that a lot of water has flown down the Godavari since July. The Congress Working Committee announcement on July 30 was seen as some kind of a closure to an agitation that has been in hyperactive mode since November 2009. Now when Telangana state is happening, albeit in a hybrid avatar, there are many who are reconciled to the idea of some amount of give and take. There is no more that energy to respond to KCR’s pet oft-repeated slogan of ‘Aur ek dhakka, Telangana pakka’. Because a feeling of now or never has taken over – that if the Bill is defeated in Parliament, the idea of a Telangana state will be dumped in the dustbin of history for ever.

There are many in the region who even argue about the benefits of taking along Kurnool and Anantapur. That it will give the Rayala Telangana state a continuous corridor extending till Bangalore. That there will be few water wars and that the wind mills in Anantapur could be made use of to offset the power shortfall in Telangana region.

The flip side is that culturally the two regions do not quite match. There is also apprehension about domination by the politicians who are more used to being factional warlords and in the driving seat. A state dominated by Telangana will mean leaders from the two Rayalaseema districts will be treated as poor cousins politically.

It is quite evident that the TRS will not be the force that it can be if only Telangana state were to be formed. It will have no presence in Kurnool and Anantapur and its leaders fear the Congress will not spare too many seats for it to contest even from Telangana districts if they were to forge an alliance. The thinking in the TRS camp therefore is that the Congress is looking to run away with the match by walking in to play in the last over, score the winning runs and win the Man of the Match award. Worse, it will be the cost of KCR who has been building the innings all these years.

Which is why the TRS is not closing its options. BJP sources say an alliance with the TRS is a definite possibility depending on how things pan out in December. If the Congress goes ahead with Rayala Telangana, it gives both pro-Telangana parties the perfect excuse to join hands. This arrangement would cheer the TRS as it would have the upper hand in such an alliance and give it an opportunity to take on the Congress. Leaders are excited at the prospect of a Narendra Modi-KCR jugalbandi, given that both are brilliant orators in Hindi. Like a Sachin-Sehwag combo in their heyday.

On the previous two occasions – allying with the Congress in 2004 and with the Telugu Desam in 2009 – the TRS could not convert its votes into a significant number of seats. 2014 will be KCR’s last chance to strike electoral gold, riding on the Telangana sentiment.