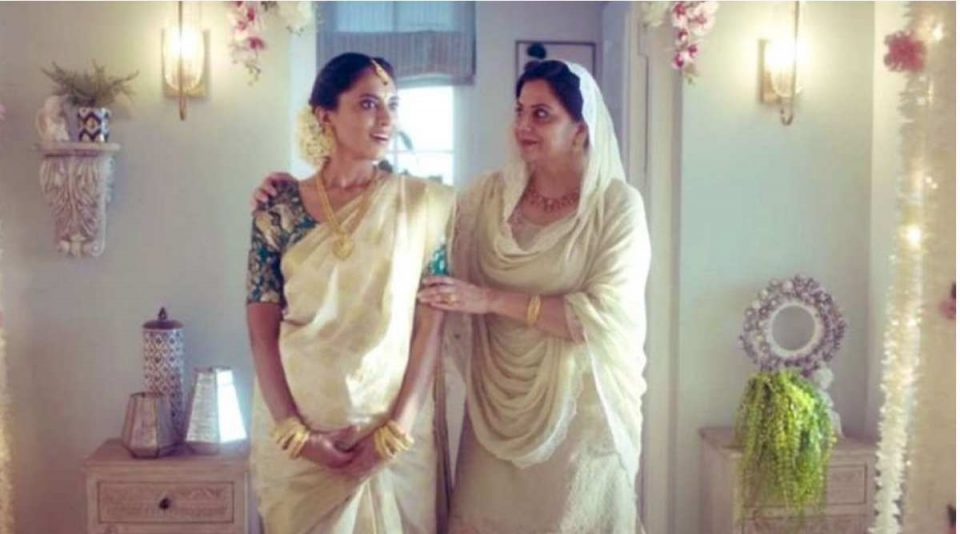 Tanishq advertisement on interfaith love triggered a furious backlash on social media, prompting the company on Tuesday to withdraw the 43-second commercial

A Tanishq ad on interfaith love triggered a furious backlash on social media with some accusing the jewellery brand of promoting love jihad’, prompting the company on Tuesday to withdraw the film citing hurt sentiments and the well-being of its staff. It said in a statement that it was “deeply saddened with the inadvertent stirring of emotions”. The film, it added, had stimulated divergent and severe reactions, contrary to its very objective.

Behind Ekatvam campaign idea is

“We are deeply saddened with the inadvertent stirring of emotions and withdraw this film keeping in mind the hurt sentiments and well being of our employees, partners and store staff,” the statement said. The idea behind the Ekatvam campaign is to celebrate the coming together of people from different walks of life, local communities and families during these challenging times and celebrate the beauty of oneness, it added.

The 43-second commercial opened the floodgates of debate and trolling with a flurry of tweets, some angry and threatening, demanding a ban on the advertisement and a boycott of the brand, a Tata product. Tanishq first disabled comments and likes/dislikes on its ad on YouTube, and on Tuesday withdrew the video altogether.

Meanwhile, the Advertising Standards Council of India (ASCI) rejected a complaint against the Tanishq advertisement for “promoting communal intermingling”, saying there is no violation of any code. The advertisement in question shows a Muslim woman with her Hindu daughter-in-law celebrating an event together.

“The complaint was not upheld, as the advertisement did not violate the ASCI codes of honesty, truthfulness and decency in advertising,” ASCI said in a late evening statement.

The statement from the industry’s self-regulatory body came within hours of Tanishq withdrawing the advertisement. “ASCI has no objection to the airing of this advertisement, should the advertiser choose to do so,” the statement said. According to ASCI, after the receipt of the complaint, the Consumer Complaints Council, an independent multi-stakeholder panel, reviewed the same.

“This panel was unanimous that nothing in the advertisement was indecent or vulgar or repulsive, which is likely in the light of generally prevailing standards of decency and propriety, to cause grave and widespread offence,” it added.

Thanks for helping out, good information.