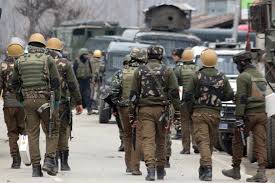 The dispute over Kashmir has deep roots in the past, tricky clashes of principles and grave risks for the future.

Tensions are rising in South Asia after India ended the special status for Jammu and Kashmir by revoking Article 370. Lockdown continues in the Indian state as key leaders are in custody, communications are blocked and thousands of troops patrol the streets.

Across the border, Pakistani Prime Minister Imran Khan has tweeted that just as Germany had been captured by the Nazis, “a fascist, racist Hindu Supremacist ideology & leadership” has taken over India. He claims the lives of 8 million Kashmiris are at risk. He worries about “ethnic cleansing and genocide.”

Indian Prime Minister Narendra Modi takes a different view. He claims that Article 370 was an impediment to development. Now, the people of both Jammu and Kashmir, as well as the newly separated Buddhist area of Ladakh will be integrated into India. According to Modi, local inhabitants will benefit from investment, growth and jobs as well as greater employment rights, gender equality and minority protection.

The Story of the Kashmir Dispute

Until 1947, modern-day India, Pakistan and Bangladesh were part of British India. Yet it was not as simple a matter as the transfer of power from the British to the Indians. There was a fly in the ointment. The British had propped up a number of princely states ruled by local monarchies that acted as their loyal clients.

When the British decided to leave, the future of these states came into question. Both India and Pakistan wanted to absorb these vestigial states into their territories. The populations of most princely states were in favor of joining either India or Pakistan. The rulers themselves had three options. They could either join India, Pakistan or declare independence.

The princes were known for their opulence, decadence and misrule. Besides, many saw them as traitors who had been rewarded for betraying their countrymen to the British. So, in the post-independence environment, there was little chance of these princely states retaining independence. Without the teat of the British Empire to suckle from, they were simply not in a position to survive.

Most people forget that these princely states were a big deal in 1947. First, there were an ungodly 565 of them. Second, they comprised 40% of the Indian subcontinent. Third, about 23% of the population of this region lived in these states. Integrating them into two newly independent countries was a matter of paramount importance to the political leadership of India and Pakistan.

Jammu and Kashmir was one of these princely states. In the dying days of the short-lived Sikh Empire, the Dogra Rajput generals of Jammu conquered many small Himalayan states such as Kashmir Valley, Gilgit, Baltistan and Ladakh. They even tried to conquer Tibet but were beaten back. When the British beat the Sikhs, they sold Jammu and Kashmir to Gulab Singh Jamwal, a Dogra general of their rivals. Jamwal abandoned his Sikh masters and cast his lot with the rising British East India Company. This enabled him and his successors to rule the second largest princely state in the Indian subcontinent.

In 1947, Hari Singh, Jamwal’s successor and the last Dogra king, wanted independence. However, he was effete, ineffectual and debauched. As a Hindu king ruling over a majority Muslim population, his power base was slipping. As in much of India, communal tension broke out in Jammu and Kashmir. This excited emotions in Pakistan.

Ideologically, many in Pakistan saw Kashmir as an integral part of a new Muslim nation. On the night of October 21-22, the Pakistanis sent tribal militia and soldiers in civilian clothing to annex the state. Sheikh Abdullah, the most important Kashmiri leader and a friend of Jawaharlal Nehru, opposed the Pakistani incursion. So did the ruler Singh. In panic, he signed the Instrument of Accession, ceding Jammu and Kashmir to India. Indian troops arrived by air and pushed Pakistani forces out until Nehru took the matter to the United Nations.

Since 1989, Kashmir has suffered from insurgency after the 1987 elections were reportedly rigged by New Delhi. Since then, many Kashmiris have called for independence. India has blamed Pakistan for stirring up trouble. Pakistan has blamed India for oppressing Kashmiris just as Israelis persecute Palestinians. Tensions have frequently run high. Casualties on the militarized Line of Control are a regular occurrence. Full-scale conflict between India and Pakistan has broken out in 1947, 1965, 1971, 1985 and 1998.

Why does Kashmir Matter?

The Jammu and Kashmir region is a melting pot and a geopolitical hotspot. Afghanistan, Tajikistan, Xinjiang and Tibet are next door. Here, many races and cultures cross paths. The region is also home to Muslims, Hindus, Buddhists and numerous indigenous spiritual traditions. Rivers that feed hundreds of millions downstream flow through it. The three countries that lay claim to parts of this region are all nuclear powers: India, Pakistan and China. This raises the specter of a truly catastrophic conflict.

Kashmir also throws up tortured questions about identity and popular sovereignty. As a nation formed for Muslims of the Indian subcontinent, Pakistan has long believed Kashmir belongs to it. As a multicultural democracy, India has held the view that Jammu, Kashmir and Ladakh prove its secular identity. The two contending ideas of nationhood that led to the partition of British India in 1947 are the reason for so much emotion in Pakistan and India over Kashmir.

There is also the tiny matter of Kashmiris themselves. At least since 1953, their leaders have been flirting with the idea of independence. Some of them believe that they could be the Switzerland of Asia if the Indians and Pakistanis would leave them alone. Both Pakistan and India fear that. So does China. Kashmir’s independence could cause a domino effect because it could set a precedent for other border areas that want to secede from these three Asian giants. On Kashmir, two contending principles of self-determination and national sovereignty clash. Sadly, there is no clear and obvious resolution.

Astute analysts expected the Indian government to remove the special status of Jammu and Kashmir. The ruling Bharatiya Janata Party has espoused this idea for decades. Similarly, Pakistan’s outrage was inevitable too. It sees its chances to control Kashmir weakening as a result of Modi’s move. The heated rhetoric and rising tensions over Kashmir are causing concern worldwide. Two still-poor countries that spend large sums on military preparation and periodic confrontation might end up clashing again, losing yet more blood and treasure in the process. Both states have hundreds of nuclear weapons, making Kashmir one of the most dangerous places on the planet.