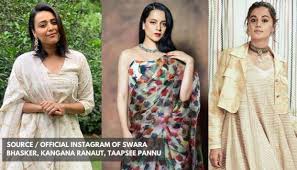 Kangana Ranaut who gained 20 kgs for her role in Thalaivi is on her way to lose it and get back in shape through jogging and yoga. The actress shared a throwback pic practicing yoga with one leg balancing pose.

Kangana Ranaut is one actress who apart from being ferocious is known for her fitness. She is currently shooting for her film Thalaivi where she had to gain 20 kilos. However, now the actress is almost back in shape to prepare for her role in films Tejas and Dhaakad. She had set some serious fitness goals for herself and was ardently practicing yoga with other forms of cardio like walking and jogging.

Kangana recently shared a throwback picture of herself where she is seen practicing one-leg balance. The actress even urged her fans to wake up early for a walk or jog.

In her caption she wrote, “I had gained 20kgs for Thalaivi, now that we are very close to completing it, need to go back to my earlier size, agility, metabolism and flexibility. Waking up early and going for a jog/walk …. who all are with me ?”

During lockdown, Kangana followed a tight fitness schedule and was training hard in her hometown Manali. Her team shared a photo of actress training hard in Manali. The caption read, “Training never stops for #KanganaRanaut who is working out with her trainer, @siddharthasingh1810 in Manali during #coronavirus quarantine. Fun Fact: Sid has trained Kangana during Rangoon and Tanu Weds Manu, and she trains with him whenever she’s Manali.”