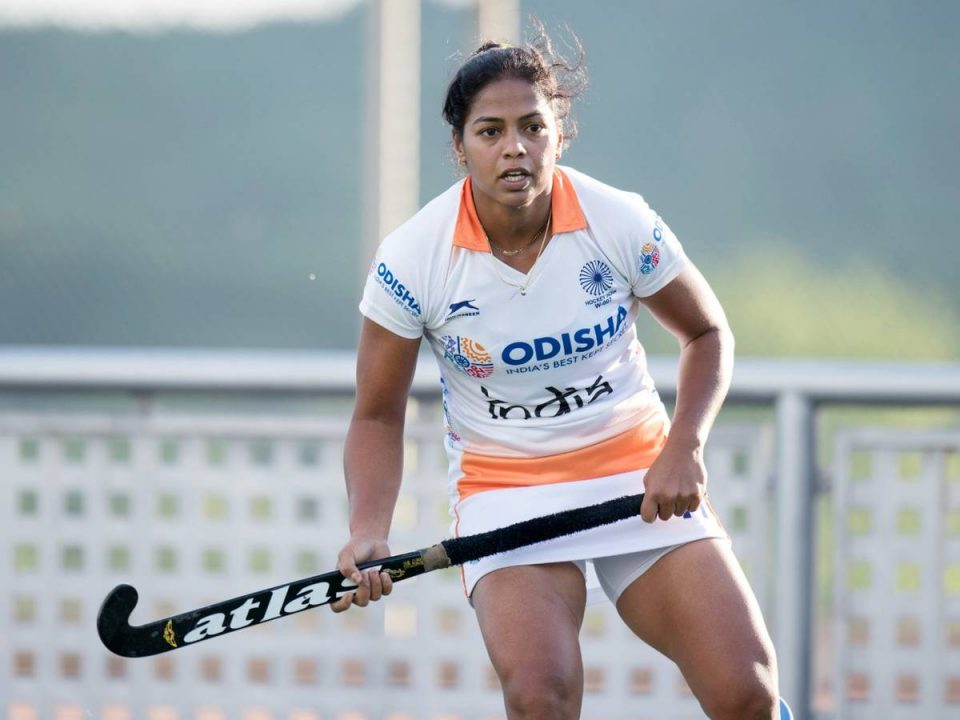 former India women’s hockey player Deepika Thakur and Arjuna Awardee said the women should be focused on doing well at the Tokyo Olympics.

Former Indian hockey star Deepika Thakur believes that the support given by Hockey India has been critical in the success of the women’s team. Thakur has over 200 international caps and was recently conferred with the Arjuna Award. She also believes that the women’s side has a strong chance to finish in the top 4 in the Olympic Games next year. “I am happy that the team was able to resume activities soon after nationwide lockdowns ended. Even though there may not be any competitions this year due to the prevailing travel restrictions, remaining in the national camp will allow the players enough time to return to old form and keep up their fitness level,” said Thakur in an official release issued by Hockey India.

“Five years ago, if you would ask me whether the women’s team had it in them to break into the top 10 rankings in the world, my answer may not have been a sure yes. I feel Hockey India providing the best coaching setup and also demanding results from them and the players on similar lines as the men’s team has had a positive effect on the team.

The women’s team is determined to show that they too can win tournaments like the men’s team. We have won the Asian Champions Trophy (2016), Asia Cup (2017), entered the quarterfinals in the World Cup in London, won silver at the Asian Games 2018.

“I think these are all great results and collective work by coaching staff and the federation. I feel Hockey India has ensured the women’s team gets fantastic exposure at the international level and planning the ACTC (Annual Calendar for Training and Competition) accordingly has been critical in the team’s resurgence,” she added.

Thakur also feels the team should remain motivated and focused on their goal of doing well at the Tokyo Olympic Games.

“The current Indian side is very committed and focused. But when you have to be in National Camps without competition it is easy to feel less motivated,” Thakur said.

“Also, without competition, it is difficult to assess improvement. Hence, I would say it is a very crucial time for the team and each player should have her own yardstick and must work on raising the bar,” stated the experienced defender.

“I certainly believe the team can bounce back. They were in good rhythm after winning back-to-back tournaments last year and they had done well in New Zealand earlier this year.

“They were high on confidence too. This team is hungry to achieve success at the highest level and hence I am sure once competitions resume, they will bounce back and do everything in their capacity to finish top 4 in Tokyo,” she signed off.

Some truly nice and utilitarian information on this site, also I conceive the design and style has got excellent features.

Hi there! Someone in my Myspace group shared this site with us so I came to look
it over. I’m definitely enjoying the information. I’m book-marking and will be tweeting this to my followers!
Exceptional blog and wonderful design and style. http://antiibioticsland.com/Erythromycin.htm

I am really impressed with your writing skills and also with the layout on your weblog.
Is this a paid theme or did you customize it yourself?
Anyway keep up the excellent quality writing, it is rare to see a nice blog like this one nowadays. https://tadalafili.com/

Do you mind if I quote a few of your posts as
long as I provide credit and sources back to your weblog?
My website is in the very same niche as yours and
my users would really benefit from a lot of the information you provide here.

Please let me know if this okay with you. Many thanks! http://herreramedical.org/dapoxetine

Today, I went to the beach with my children. I found a sea
shell and gave it to my 4 year old daughter and said “You can hear the ocean if you put this to your ear.” She put
the shell to her ear and screamed. There was a hermit
crab inside and it pinched her ear. She never wants to go back!
LoL I know this is totally off topic but I had to tell someone! http://antiibioticsland.com/Augmentin.htm

Hi there, just wanted to mention, I loved this post.
It was helpful. Keep on posting! http://antiibioticsland.com/Cephalexin.htm

other names for ivermectin

Right here is the right blog for anybody who really wants to find out about this topic.
You understand so much its almost hard to argue
with you (not that I actually would want toHaHa).

You definitely put a brand new spin on a topic
which has been written about for many years. Excellent stuff, just wonderful! http://ciaalis2u.com/

Nice post. I was checking continuously this blog and I am impressed!

Very helpful information specifically the last part 🙂 I care
for such information a lot. I was looking for this certain information for a very long time.
Thank you and best of luck. http://harmonyhomesltd.com/Ivermectinum-precautions.html

Why users still make use of to read news papers when in this technological world all is accessible on net? http://antiibioticsland.com/Ampicillin.htm

It’s appropriate time to make some plans for
the future and it is time to be happy. I’ve read this post and if I could I wish to suggest you some interesting things or advice.
Maybe you could write next articles referring to this article.
I desire to read more things about it! http://harmonyhomesltd.com/Ivermectinum-side-effects.html

He was entirely right. This post actually made my day.
You cann’t imagine simply how much time I had spent for this information! Thanks! http://herreramedical.org/chloroquine

Hey! This is my first visit to your blog! We are a
team of volunteers and starting a new initiative in a community in the same niche.
Your blog provided us beneficial information to work on. You have done a extraordinary job! http://harmonyhomesltd.com/Ivermectinum-pharmacology.html

best over the counter viagra 2022