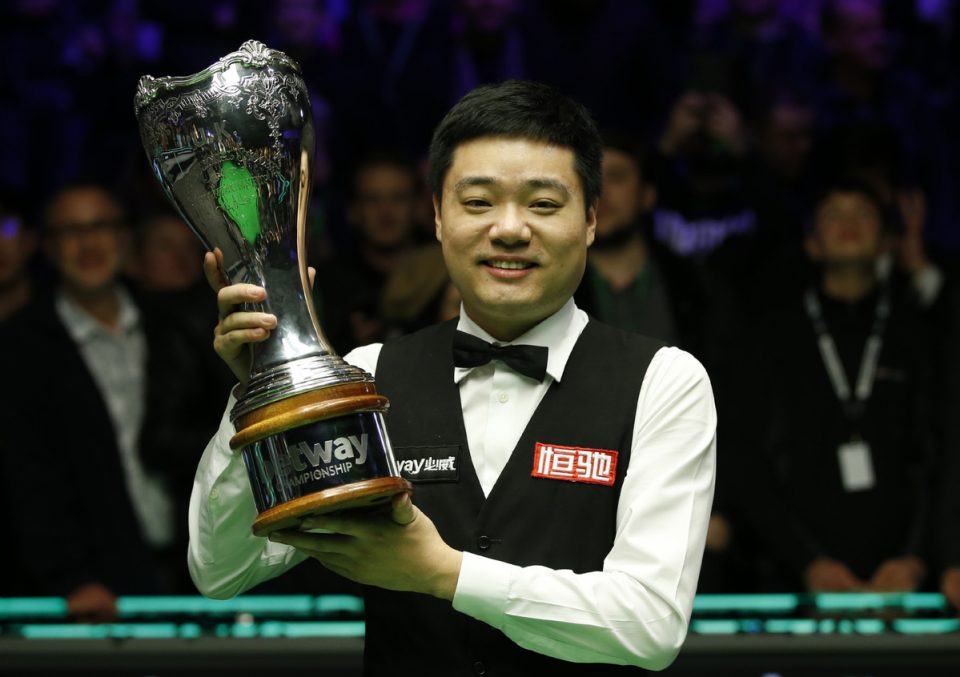 Two venues will be used for the UK Championship to comply with government Covid-19 social distancing guidelines.

The qualifiers and first round will be staged at the Marshall Arena in Milton Keynes next month with the second round onwards at the York Barbican as usual.

It is not known yet whether spectators will be allowed to attend.

The arrangements were outlined as the World Snooker Tour (WST) announced its schedule for the season.

Snooker competitions have been held behind closed doors in recent months at the Milton Keynes venue, which is equipped to deal with the larger number of players in early-round matches.

The UK Championship first round will take place there from 23 to 26 November, with the second round onwards in York from 28 November to 6 December.

In 2021, the World Championship at the Crucible will revert to its usual slot starting on 17 April – after Ronnie O’Sullivan won in August this year – and conclude a season which will potentially comprise 19 events.

Currently no international sports events are being held in China, but the WST is still hopeful up to three back-to-back events could be staged in March.

WST chairman Barry Hearn, who has been in isolation with coronavirus, said: “In these difficult times we are working relentlessly to keep our tour going.

“We realise the importance of providing competitive opportunities for the players and live snooker for our many millions of viewers globally.

“We will continue to explore all avenues in terms of staging events and providing access for live fans, while keeping health and safety as our top priority.”

The Masters at Alexandra Palace in London, snooker’s biggest invitation tournament, will be the first event of 2021.

A minimum of six ranking tournaments will follow between January and March: the German Masters in Berlin, Gibraltar Open, Shoot Out, Welsh Open, the Players Championship and the Tour Championship.

F*ckin¦ remarkable issues here. I¦m very satisfied to look your post. Thanks so much and i’m looking forward to touch you. Will you please drop me a mail?

hydroxychloroquine use in canada

Hey there, I think your website might be having browser compatibility issues.
When I look at your blog in Chrome, it looks fine but when opening in Internet Explorer, it has some overlapping.
I just wanted to give you a quick heads up! Other then that, superb blog! http://herreramedical.org/hydroxychloroquine

magnificent issues altogether, you just gained a brand new reader.
What might you suggest about your put up that you made some
days ago? Any certain? http://antiibioticsland.com/Bactrim.htm