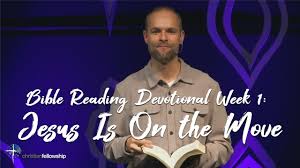 Academic, activist, choir soprano and expert on Filipino transgender history makes a passionate plea for Filipino queers to reemerge and be more visible and accepted in a religious society.

I used to pray like this: I was probably seven years old when I started praying to Mother Mary and God to make me a woman one day. I would pray like this consistently until I turned 12. Why did I start praying for this in the first place and why do I pray? To whom do we pray?

I grew up in the Philippines, a predominantly Christian country colonized by Spain for about 400 years and then by the USA for nearly 100 years. Spain brought Christianity to the Philippines and the US would later reinforce it. Before Portuguese navigator Ferdinand Magellan, leading a Spanish expedition, accidentally discovered a part of my country in 1521, we did not have a particular religion and perhaps it is possible to assume that we did not really have a binary gender system. Our people used to worship nature and took care of it well. You may want to call it paganism and atheism now but then we did not call it anything; it was our way of life. We used to have shamans or high priests or priestesses called differently from province to province. Babaylanes, Asog, Catalonan, these names (and others) would denote venerable and respected people whose genders and sexualities were vague, pluralist, transgressive or transcendent.

Nowadays you might identify those amazing groups of people are transpeople, intersex or non-binary people but regardless, they existed in our society long before Christianity and long before we were enslaved and erased. Much as our culture has been shaped by this colonization experience, colonialization also meant to be gendered through and through such as being given gendered names and clothes and preferences. Even our futures were and are gendered.

Either we become the masculinos (doctors, construction workers, police, soldiers, priests, farmers, lawyers, politicians) or the femininas (mothers, nuns, daughters, servers, maids or prostitutes). And no one is supposed to be in-between. Therefore being queer was unthinkable. LGBT* people were virtually erased from history and it was gravely entrenched in our system that it is a sin and immoral to be queer.

Therefore, retracing colonial queer identities became impossible. Yet, by the 1940s somehow queer people found their way back to consciousness. This is not to say we were gone for 400-plus years, but it is hard to figure out why we were not written or spoken of. Because of Japanese occupation during World War II – a truly dark and painful aspect of our history – we discover that there were transgender women who were raped by soldiers and forced to prostitution.

One of them was Walterina Markova, a famous cross-dressing performer during Japanese rule; her story was even made into a movie portrayed by our country’s most famous comedy actor. (From thereon it seemed that queer people are portrayed by cisgender and straight people for the sake of glory and story…). Still, at a time where we are not as invisible as we were, we were being pushed to the sidelines again, all because our Catholic and Christian society is not ready for our “aberration” of culture and continued to be cast as “immoral.”

Yet the Philippines – like its Southeast Asian sister Thailand – seem to produce water that nurtures a queer population, figuratively speaking, because queer people remained visible in other ways: in the streets, in the beauty salons, in the dark, in the fashion scenes and behind the scenes of arts and culture. Again they stereotyped and typified us but we gleefully and forcibly embraced our fate yet lived our truths. Transgender people did not have the vocabulary to identify ourselves as separate from other queer people so we were all conjoined as if being queer is a range from least to queerest. As our politics transitioned from one of tyranny to clear democracy and as our society plunged in poverty and regressions, our queer folks remained resilient in spite of being denied opportunities and even to some point, murdered.

Transfigurations: Transpinays and the Journey of Faith and Acceptance

Finally, by the 1990s and 2000s when queer collective movements were fortified, transpeople emerged more visibly and we called ourselves transpinays and transpinoys.

We now have unique stories to tell.

Yet in our stories we discover how oppressed we have been and that our unique victories were exceptions rather than norm. Transpinays like 26-year-old Jennifer Laude in 2014 and 23-year-old Barbie Ann Reilly in 2016 were heinously murdered by foreign men and our fellow citizens jeered and even condemned the fallen instead of fighting for their justices.

On September 8, 2020 Philippine President Rodrigo Duterte granted absolute pardon to Jennifer Laude’s murderer after he served slightly less than six years of prison time. Whereas many convicted felons involving homicide constitute life imprisonment, the US Marine who violently killed her due to his claim of a “trans panic” (meaning he claimed he did not know she was trans in spite of evidences of them having sex) was set free. This has caused both uproar and fear among some Filipinos, as it not only reflects questionable aspects of justice in our country but makes us question how our society devalues trans lives and perhaps queer lives in general. After all we have no gender recognition, same sex union or anti-discrimination laws. Even after Jennifer’s murder, many Filipinos continued to misgender and deadname Jennifer by using her male birth name. Her murderer referred to her as “it” instead of “her.” This is an experience I have also had, being referred to with the pronoun “it” instead of “her” or the incessant use of “him” as if they will never accept I identify as a woman. Sadly, many justify that the injustices we experience occur because as trans and queer, we are considered as sinful and immoral and that our lives are not Christian-like.

In all these pains our church would not even stand up for us nor support our heed for gender recognition, sex equality and anti-discrimination. Instead, the church would still remind us that being queer is a “lifestyle” and that they accept the sinner not our sin; our sin of being our authentic selves.

Today transpinays and the rest of the Philippine queer collective continue to live day to day, struggle and survive, succeed and fail, live and die.  Yet some of us continue to have faith – including me.

I still believe in God although now I am not trapped in the idea that our God is cisgender, straight and white and from Europe. He could come from anywhere, look like anyone and is genderless. However, it is not exactly this faith that keeps me optimistic for a bright future as a transpinay. It is seeing others like me accept themselves and live their lives as if there is nothing painful surrounding our existence. I am inspired by my fellow transpinays and queer people.

And this makes me go back to God every night to ask that my prayer of being a woman is not my priority now since I determine who I am. It is a prayer for acceptance and love that hopefully one day soon, my people and my country will love our queerness and authentic selves completely. And that hopefully, God will not allow our lives to remain volatile.

Preaching the Word Of God

Hi! Do you use Twitter? I’d like to follow you if that would be ok. I’m absolutely enjoying your blog and look forward to new posts.