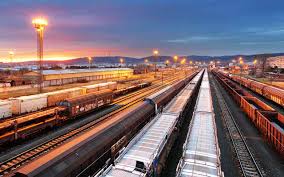 China is now leading the charge for a global recovery based on its latest gross domestic product (GDP) data.

Economist Saw growth of 4.9% between July and September in World’s Second Biggest Economy compared to the last year’s quarter. However figure is lower than the 5.2% expected by economists.

The near-5% growth is a far cry from the slump the Chinese economy suffered at the start of 2020 when the pandemic first emerged.

China’s economy shrank by 6.8% when it saw nationwide shutdowns of factories and manufacturing plants in the first three months of this year.

It was the first time China’s economy contracted since it started recording quarterly figures back in 1992.

The key economic growth figures released on Monday suggest that China’s recovery is gathering pace, although experts often question the accuracy of its economic data.

The quarterly figures are compared to the same quarter of 2019.

“I don’t think the headline number is bad,” said Iris Pang, chief China economist for ING in Hong Kong. “Job creation in China is quite stable which creates more consumption.”

Over the previous two decades, China had seen an average economic growth rate of about 9% although these pace has gradually been slowing.

While the Covid-19 pandemic has hampered this year’s growth targets, China is also embroiled in a trade war with the US which has escalated in recent months.

I have recently started a website, the information you offer on this website has helped me tremendously. Thank you for all of your time & work.