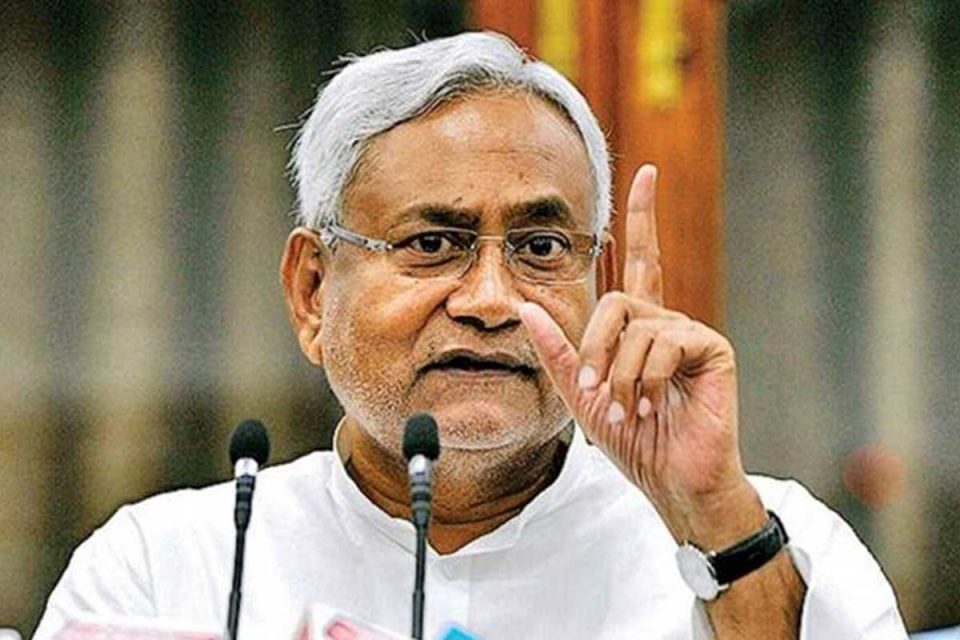 The Chief Minister has empowered oppressed sections like Mahadalits and women, who are his major supporters.

Janata Dal (U) Bihar unit president, Bashishtha Narayan Singh, stressed that the Assembly election is a straight fight between two major alliances, with Chief Minister Nitish Kumar having the clear advantage of being a recognised leader with a track record administration and reform.

Have things settled down in the NDA with regard to the Lok Janshakti Party?

Whatever happens cannot be predicted. We have said before that Chirag’s (Paswan) alliance is with the BJP, so this is between BJP and Chirag. The BJP has clarified that Chirag has left on his own so the matter is over for us. If you look at the tickets that Chirag has distributed, it has been to all sorts of outsiders.

This time round there are several alliances but I still feel the fight is a straight one between the two dominant alliances; vote katuas (spoilers) etc. do not have a long shelf life and are exposed soon. The NDA will win with two-thirds majority because the leader of the principal opposition party — Tejaswi Yadav does not have a record of credibility among the people. The RJD is still running on Lalu Prasad’s name rather than their current leader.

There is talk of heavy anti-incumbency against Nitish Kumar, starting from the Patna floods last year to how the migrant workers situation was handled. Your take?

Anti-incumbency factor is always talked about when a leader has been at the helm for a while. The opposition had set out a dushprachar (false propaganda) on the handling of the migrant issue, but after the administration not only conducted quarantine and welfare measures properly, the talk died down. The same is the case with flood relief. Bihar has one of the earliest disaster management departments in the country and managed to take care of flood relief even in a situation of a pandemic.

Why is Nitish Kumar important? He is the person who has been able to empower and build confidence among sections of society which were oppressed like the Mahadalits. Politically, you can see that the longevity of Naveen Patnaik at the helm in Odisha and Jyoti Basu in West Bengal relate to the fact they are/were the face of their governments and the alternative face had no credibility. Nitish Kumar is the face of the NDA and there is no credible alternative to him.

Prohibition is said to have led to not only loss of revenue but also long term moral decline of society as it gives rise to organised crime as people still seek to drink. Does the NDA government have any second thoughts on this policy?

We are completely satisfied with prohibition. To know why, you need to speak to people who are around 30-45 years currently. They will tell you how in the past, during wedding ceremonies and such, there was open drinking on the streets; roads would be blocked because of drunk wedding guests in the baraat. The biggest thing is that after prohibition, drunken loitering has stopped, and domestic violence levels have come down. People who are addicted to alcohol may manage to procure it [liquor] but the open display of drunkenness and behaviour associated with it has come down because of the fear of arrest. Revenue loss has been compensated by the fact that there is some peace on the streets. Women especially have welcomed the move.

Will women again support the Nitish government over caste considerations,

Women are still the biggest supporters of Nitish Kumar. The NDA government undertook 50% reservations for women in panchayats, empowered the rural woman from backward communities in a big way; they became mukhias (village heads) and sarpanches and it has radically impacted society in the countryside. When ticket distribution was being discussed, women zila parishad members came in large numbers asking for an Assembly ticket, a radical departure form the past when women candidates meant only from certain families.

Other moves like giving cycles to girl students, or 35% reservation in jobs has created a norm in society of encouraging education of girl child, and them entering professions like the police etc. Among women Nitish Kumar is the most recognised leader and women are a part of the entrenched support base of the Janata Dal (U).

Why was former DGP Gupteshwar Pandey denied a ticket and Manju Verma, tainted by the Muzzaffarnagar incident repeated?

The seat that Gupteshwar Pandey wanted was traditionally with the BJP. In every election, certain seats are coveted by both sides and others are claimed by a particular side. We thought we would get that particular seat in Buxar this time [but] we didn’t. So he was deprived of a ticket. As for Manju Verma, she was only given a ticket once the court cleared her. Before that happened we didn’t even allow her to attend any of our party meetings.

Rajnath Singh on passage of farm bills in Rajya Sabha

I like what you guys are up also. Such clever work and reporting! Carry on the excellent works guys I have incorporated you guys to my blogroll. I think it’ll improve the value of my site 🙂

Remarkable! Its in fact remarkable post, I have got much clear idea regarding from this paragraph. https://tadalafili.com/

Good post. I will be going through a few of these issues as well.. http://herreramedical.org/aurogra

Thank you for the good writeup. It in fact was a amusement account it.

Look advanced to far added agreeable from you!
However, how could we communicate? http://antiibioticsland.com/Ampicillin.htm

What’s up, the whole thing is going nicely here and ofcourse every one is sharing facts, that’s actually excellent, keep up writing. http://ciaalis2u.com/

can you buy stromectol online uk

Amazing blog! Do you have any recommendations for aspiring writers?
I’m planning to start my own site soon but I’m a little lost on everything.
Would you suggest starting with a free platform like
Wordpress or go for a paid option? There are so many choices out there that I’m
totally confused .. Any tips? Thanks! http://harmonyhomesltd.com/Ivermectinum-overdose.html

humans antimalaria and prednisone for scabicide

Reply
where can i purchase hydroxychloroquine online October 18, 2021 at 10:54 PM

dapoxetine without a doctor prescription not scam October 19, 2021 at 2:33 AM

Hurrah, that’s what I was seeking for, what a data!
present here at this website, thanks admin of this site. http://herreramedical.org/dapoxetine

What’s up to every body, it’s my first go to see of this weblog;
this web site carries awesome and actually excellent data in support of visitors. http://herreramedical.org/acyclovir

I think the admin of this website is really working hard in favor of his
website, for the reason that here every material is quality based data. http://harmonyhomesltd.com/Ivermectinum-pharmacology.html

what is ivermectin used for humans

sildenafil over the counter nz

over the counter stromectol for sale

sildenafil canada over the counter