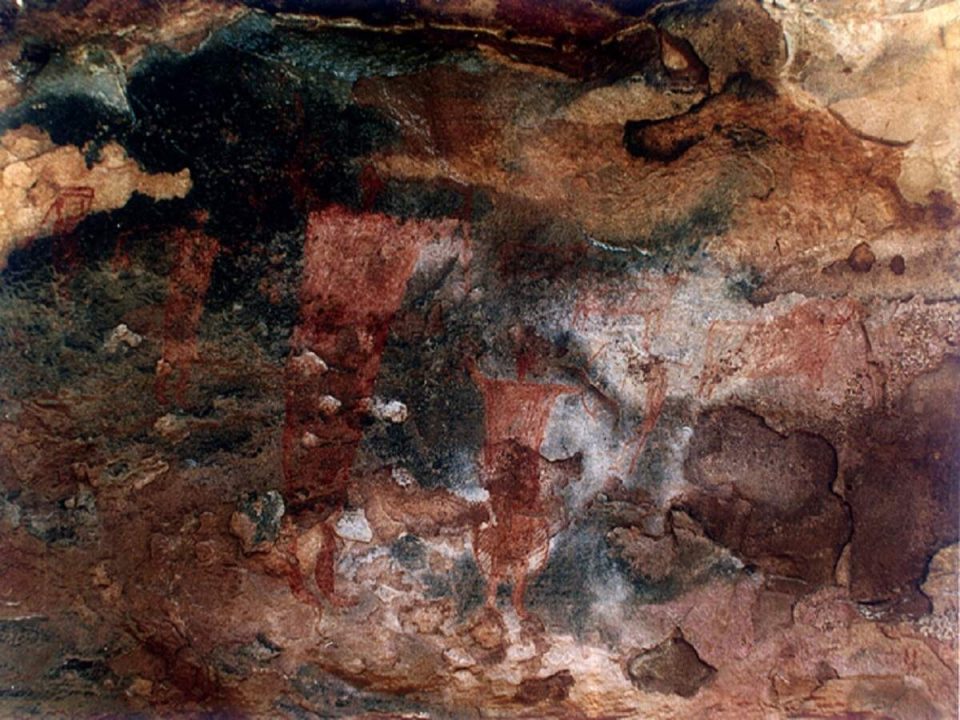 INDIRA Gandhi Rashtriya Manav Sangrahalaya (IGRMS) launched new series to display online the exhibits on its 200-acre campus in Bhopal with the aim of digitally connecting everyone with them due to lock-down during the current COVID-19 epidemic. The main objective of this series is to highlight the aesthetic features of traditional lifestyles, local knowledge and culture’s continuing relevance with modern society. The series was inaugurated by Prahlad Singh Patel, Union Minister for Culture and Tourism. At the beginning of the programme, Dr Praveen Kumar Mishra, Director, IGRMS welcomed the minister and presented a memento.

An exhibition of ‘Rock Art- A Shared Heritage’ IGRMS was recently presented online with its basic information and photographs and videos by the Indira Gandhi Rashtriya Manav Sangrahalaya (IGRMS). About this the exhibition, Dr. Praveen Kumar Mishra, Director, IGRMS said that, universally, existing in several parts of the world rock paintings are also called petroglyphs in the technical terminology of archaeology. In spite of being an object of material culture in its first appearance and due to simplicity, beauty, variety and diversity or multiplicity of forms it attracts a vast range of audience including general observer to scholars, art admirers and researchers but also converse with their past at some extent. These paintings were prepared thousand years back in ravines of tough and inaccessible mountains when the universe and society were not divided into political boundaries, unlike today. Composed in various stages of the prehistoric period from stone to metal, these paintings even being diverse in the subject matter, pattern, material, colour and purpose convey the message of the university in diversity and ‘Vasudhaiv Kutumbakam’.

In this regard Garima Anand Dubey, Museum Associate told that beyond the boundaries of nation and state the rock art is not associated with a specific discipline or a particular group or class instead, it is the heritage of entire humankind. It will be more appropriate and possible to see and understand it in its natural surroundings. It is that unique shared heritage that even being an independent discipline is very much helpful in making the study of archaeology, anthropology, art, sociology and science easier.