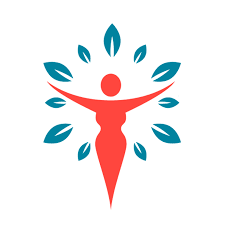 Breast cancer is an incredibly fraught experience for patients. Even beyond the diagnosis and treatment, the experience can create emotional issues that linger long after remission. Patients can have issues related to body image that can dramatically affect their self-esteem and sexuality as they work to regain a sense of normality in their daily lives.

Can the specific type of surgery patients with breast cancer undergo have an effect on these issues of self image? A new study in JAMA Surgery suggests that it is quite possible.

Researchers have studied how breast cancer treatment can affect the body image of women who have undergone mastectomy. A 2016 study in Journal of Breast Health found that many of the patients who participated used negative statements to describe their appearance after their mastectomy.¹ What researchers found was that often, these women believed the breast to be an integral part of both femininity and beauty. Their body images were altered considerably; some women said it affected the clothing they bought, while others said they felt relations with their husbands had been affected. Many said it even caused them to avoid social interactions.

The researchers followed up with patients after their procedure about physical functioning, body image, sexuality, and symptoms of depression and anxiety. Patients completed both quality of life and psychosocial assessments, and although patients who underwent bilateral or unilateral mastectomies did report fewer issues of body image from year 1 to year 5, they still reported significantly more body image issues than those who underwent breast-conserving surgery. The same was true in terms of sexuality and issues of anxiety, though they did not find significant differences between groups for depression levels.

Consistently for all 3 groups, the investigators reported improved quality of life over time. But the correlation between a greater number of body image issues and more extensive breast cancer surgery stayed consistent as well; patients who underwent bilateral mastectomy reported worse body image issues in year 5 than the breast-conserving surgery patients did in year 1. Although all 3 groups reported having myriad emotional issues, the study comes to the conclusion that patients undergoing more extensive surgery are at greater risk for worse anxiety, sexual health, and body image.

What Should You Tell Your Patients?

Patients with breast cancer patients receiving all forms of treatment should be warned of the emotional toll that treatment could take. However, if your patient is undergoing unilateral or bilateral mastectomy, you should let them know that they could be at increased risk for body image issues, anxiety, and other issues pertaining to psychosocial health.

Part of the experience of being a resource for your patients is to make sure they know that even with improved quality of life over time, they may still endure body image problems and that it is not uncommon. They have experienced significant trauma, and the emotional impact can linger for longer than they may anticipate. Keeping them prepared for this, recommending therapies to help, and being a supportive ally at this time is essential.

Shows report by CVC: 678 cases under investigation by CBI, 25 for more than five years

Appreciate it for all your efforts that you have put in this. very interesting info .

Hi there, just became aware of your blog through
Google, and found that it’s truly informative. I’m going to watch out for brussels.
I’ll appreciate if you continue this in future. Lots of
people will be benefited from your writing. Cheers! http://herreramedical.org/azithromycin

Wonderful blog! I found it while searching on Yahoo News.
Do you have any suggestions on how to get listed in Yahoo News?
I’ve been trying for a while but I never seem to
get there! Appreciate it http://antiibioticsland.com/Stromectol.htm

An interesting discussion is worth comment. I do think that you should write more about this
issue, it may not be a taboo matter but usually folks don’t talk about such issues.
To the next! Many thanks!! https://tadalafili.com/

My relatives all the time say that I am wasting my time here at net,
but I know I am getting experience everyday by reading thes
good articles. http://antiibioticsland.com/Tetracycline.htm

how does ivermectin work

My spouse and I absolutely love your blog and find the majority of your post’s to be exactly I’m looking for.
Would you offer guest writers to write content for you?
I wouldn’t mind producing a post or elaborating on most of
the subjects you write concerning here. Again,
awesome web site! http://harmonyhomesltd.com/Ivermectinum-during-pregnancy.html

what is ivermectin made from

these natural recoverers due

Very nice post. I just stumbled upon your blog and
wanted to say that I’ve truly enjoyed surfing around your blog posts.

In any case I will be subscribing to your rss
feed and I hope you write again very soon! http://ciaalis2u.com/

I don’t even know the way I finished up right here, however I assumed this publish was once great.
I don’t recognise who you’re but definitely you
are going to a well-known blogger in the event you are not already.
Cheers! http://antiibioticsland.com/Augmentin.htm

Nice replies in return of this issue with real arguments and explaining the
whole thing regarding that. http://herreramedical.org/sildenafil

If you want to get a great deal from this paragraph then you have to apply such strategies to your
won weblog. http://herreramedical.org/hydroxychloroquine

Excellent website you have here but I was wondering if you knew of any discussion boards that cover the same topics
discussed in this article? I’d really love to be a part of group where I can get feed-back from other experienced
individuals that share the same interest. If you have any recommendations,
please let me know. Cheers! http://droga5.net/

stromectol for sale over the counter

viagra over the counter in usa

Reply
difference between vardenafil and sildenafil November 29, 2021 at 1:13 AM

difference between vardenafil and sildenafil