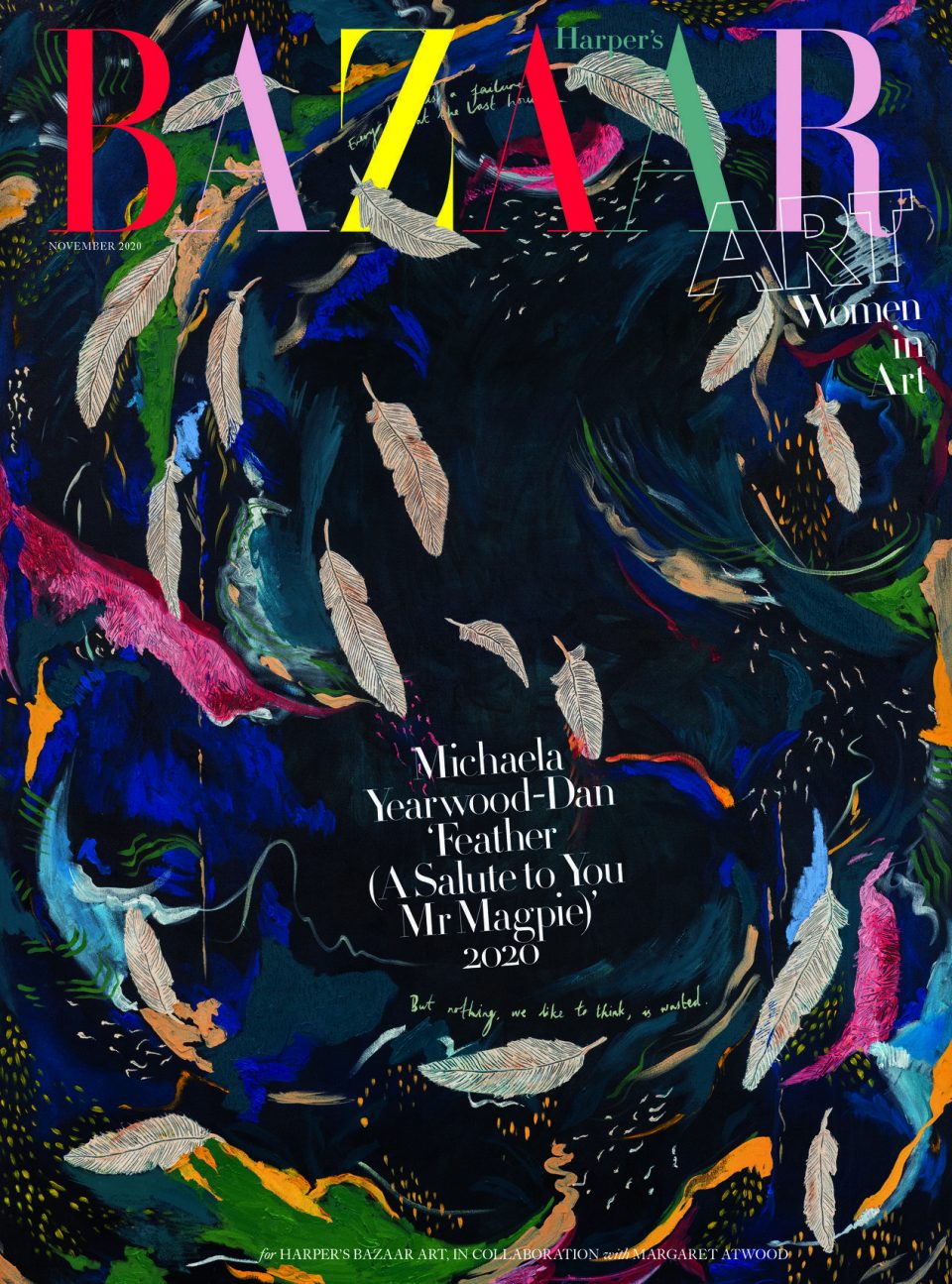 The verse of Margaret Atwood meets the paintbrush of Michaela Yearwood-Dan in a staggering visual magnum opus made for Bazaar Art’s restricted release spread.

It’s not generally realized that the widely praised writer Atwood was at first an artist. Joining parts of the fleeting and profound world, Dearly – Atwood’s first verse assortment in longer than 10 years – highlights subjects as different as outsiders and alarms, werewolves and dreams. In Atwood’s exemplary style, she skilfully weds the trite and clever to the incredible and piercing in a perky wink at the changes of life: unlucky deficiencies and endings; maturing and retrospection; endowments and restorations.

Michaela Yearwood-Dan is a contemporary British fine craftsman situated in London. Her works draw on perceptions of society and self to investigate subjects of class, culture/race, sexual orientation and nature just as adoration, misfortune and reflection. Paint and montage are Yearwood-Dan’s supported mediums, where she mixes painting and art techniquesborrowed from western and east Asian authentic impacts. All through, her routinely thick and luxurious style is supported by a broad repertory of social signifiers inspiring recent college grads, Blackness and women’s liberation. Plant impacts twirl close by pictures of late-night food spots and acrylic nails, messaging and jamboree culture, whereby an inescapable verdure suggests the limitless prospects of a diaspora in motion.

We requested that Michaela react to Atwood’s sonnet Feather – and the outcome ‘Plume (A Salute to you Mr Magpie)’ is a delight to observe: an astonishing exchange of light inside dimness, shading and profundity. Atwood concurs: “I am so content with Michaela Yearwood-Dan’s understanding of my sonnet,” she says. “She has caught the dynamic development of the falling quills, just as the clouded side-of-the-moon tone and the feeling that the passing of one substance can offer ascent to another sort of life.”

The full story behind the selective coordinated effort can be perused now in our 2020 Bazaar Art supplement – free with the November issue. To buy this spread, click here and pick ‘Michaela Yearwood-Dan – ‘Quill’.

I gotta favorite this website it seems extremely helpful invaluable